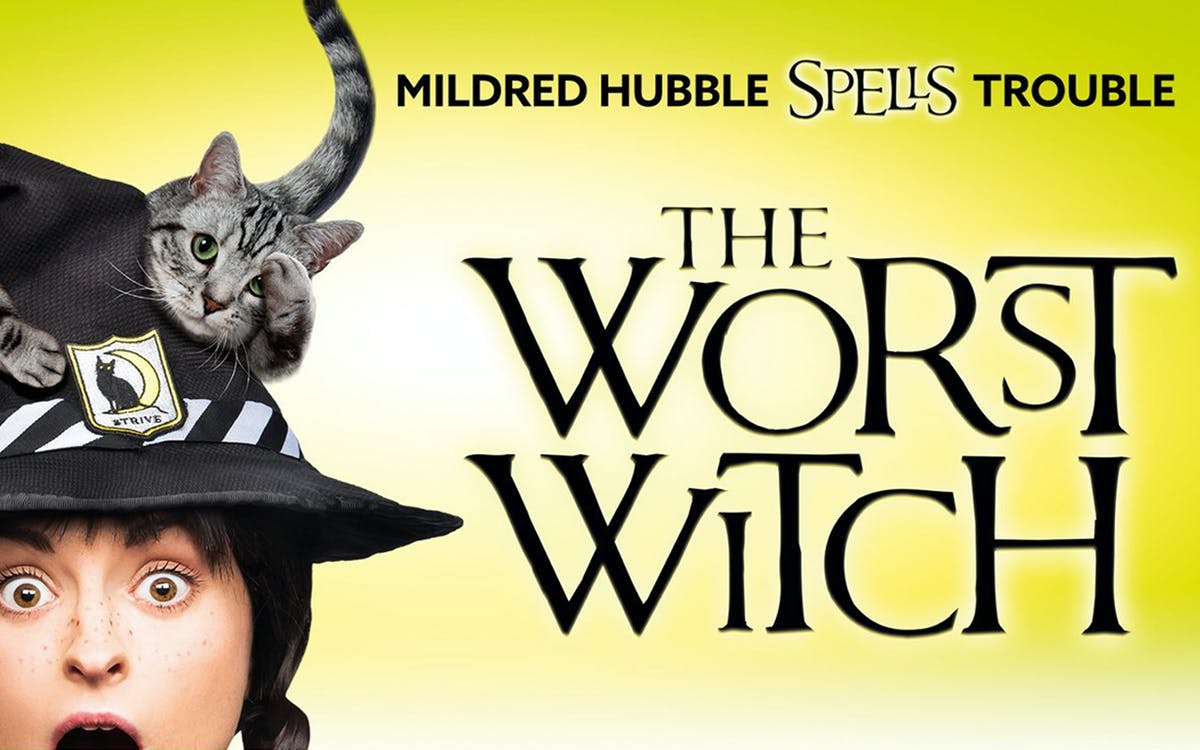 Experience the magic of one of the most beloved stories about witches, flying brooms, and strange incantations that enthralled readers and audiences before the arrival of Harry Potter! With catchy tunes accompanying the bewitching acting of the almost all-female cast, The Worst Witch will be a show to look out for this July.

why watch the worst witch

Identifiable characters, a magical milieu, and a slew of well-presented scenes and musical pieces - The Worst Witch has never failed to hold its audience and make them laugh as they go on a journey with the young and clumsy Mildred Hubble. The original book that was written by Jill Murphy has sold over 5 million copies, making it a significantly successful title amongst countless other fantasy series. First published in 1974, the original eight books have stood the test of time, and have even been adapted for television series on multiple occasions in the last three decades, the most recent of which is the 2017 Netflix series starring Bella Ramsey. This adaptation for the stage includes several original songs that have come to define the series. It is directed by Theresa Heskins, who is well-known for her successful work in The Snow Queen a couple of years ago.

Mildred Hubble arrives at a magical training institute as the only ordinary girl. Although she is seen as an oddball amongst all the other witches, Mildred tries her best to fit in. The musical delightfully explores this strange new world from the young witch’s perspective. There are various excerpts from the original novels that are coalesced into approximately two hours of enchanting story moments. All of the beloved original characters including the envious Ethel Hallow, the relentless Miss Hardbroom, and the cunning Agatha, are brought back to life in this wonderfully rich family show.

Mildred Hubble’s misadventures are told with wit and ingenuity in a touring production based on Jill Murphy’s books.
– The Guardian

Duration
2 hours 10 minutes, including one interval.

Audience
The show is suitable for patrons over the age of 7.

Seating
The Vaudeville Theatre has a seating capacity of 690.

You will receive an email with your voucher. You may display your voucher on your mobile phone. Please carry a valid photo ID for identification. It is recommended that you arrive at the theatre at least 30 minutes prior to the performance.

Missing any information?
Yes
No
This experience is unavailable
You'll be the first to know when these tickets are back online.
notify me
Awesome!We will notify you.
Why Headout?
Trusted platform used by 100K+ people, each month
Get the lowest prices and last minute availability
Discover and connect with 10,000+ experiences
Browse verified reviews and professional photographs
Have a question? Live chat with our experts 24/7
Other experiences similar to The Worst Witch
Landmarks
London Eye Standard Experience Tickets
4.4
(941)
£29.50
Musicals
The Lion King
Instant Confirmation
4.5
(2.1K)
from £30
Free Cancellation
Walking Tours
Warner Bros. Studio Tour London : Navettes aller-retour en autocar climatisé
Instant Confirmation
4.4
(1.3K)
from £94
Musicals
Mamma Mia!
Instant Confirmation
4.5
(1.9K)
from £18
Musicals
Phantom of the Opera
Instant Confirmation
4.5
(1.2K)
from £27
The world on your tap!Get the Headout app to get tickets on your phone and access app-only deals. Talk about win-win.
We've served 10 million+ guests and we are here for you
10 million +Happy customers across 10,000+ experiences
4.4/55,000+ verified reviews with 90% excellent score
In the MediaFeatured and recommended by the best brands
24 x 7 Help CenterHave a question? Live chat with local experts anywhere, anytime
Headout is building the future of how we experience our cities.
Made with ❤️ all over the 🌎
Headout Inc.
82 Nassau St #60351 New York, NY 10038
Cities
New YorkLas VegasRomeParisLondonDubaiBarcelona+63 more
Headout
About UsHelpCareersTravel BlogCompany BlogCreator Partnerships
Partners
Join HeadoutSupply Partner HubAffiliates
© Headout Inc
Privacy PolicyTerms of Usage