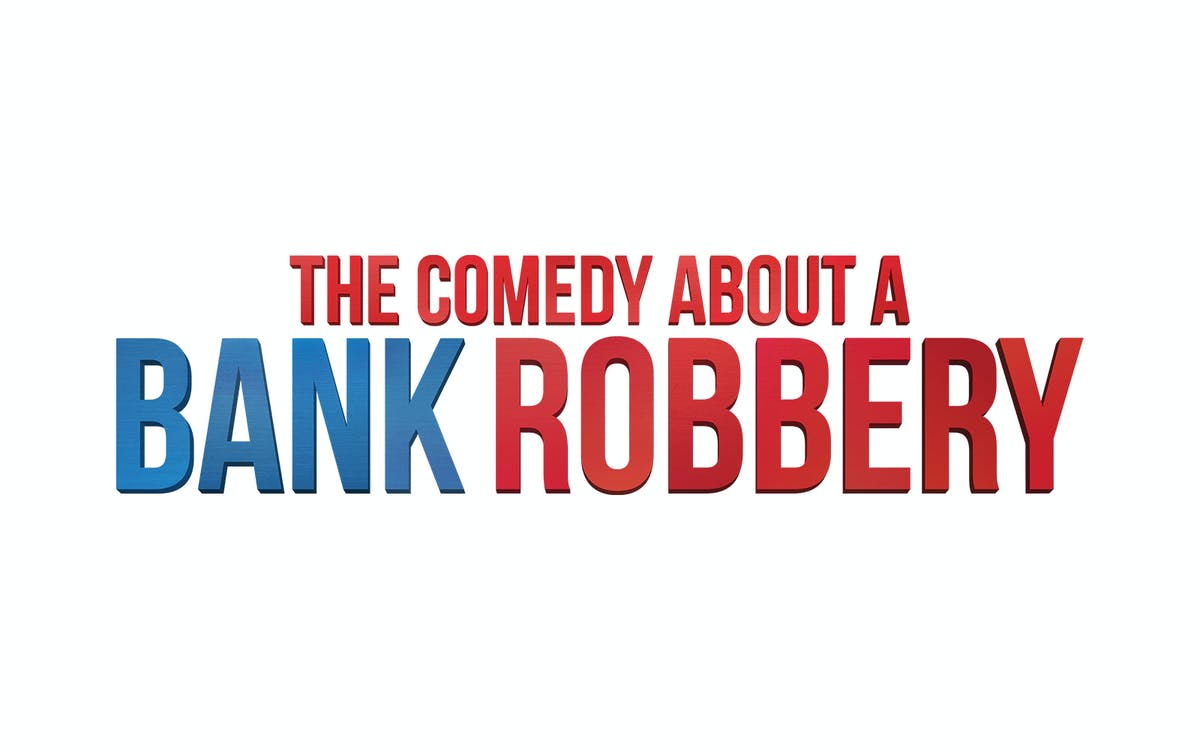 The Comedy About A Bank Robbery - Tickets

From the creative minds behind the Olivier Award-Winning The Play that Goes Wrong comes this fresh comedy. Mischief Theatre presents The Comedy of a Bank Robbery, one of their most ambitious projects that involves a group of criminals attempting to steal a large diamond from a bank.

why watch the comedy about a bank robbery

The Comedy About A Bank Robbery is a play that pays obvious homage to Hollywood bank robbery movies while still retaining its originality. The play features impeccably-timed comedy both in its verbal and non-verbal forms, along with set pieces that leave you astonished. With all its staging and acting coming together exactly right, The Comedy About A Bank Robbery promises to leave you with a big smile on your face.

The play is set in the summer of 1958. A Hungarian Prince has entrusted a rather large diamond to the The Minneapolis City Bank. A group of criminals that includes an escaped convict, corrupt prison guards, and wily women, is dead set on stealing the gem. In a town where everyone's a crook and you can't trust anyone, where will the diamond end up?

You keep thinking this is as good as it gets – then it gets better.
– The Telegraph

Duration
2 hours and 20 minutes, including 1 interval.

Audience
Suitable for ages 11 and up.

Seating
The Criterion Theatre has a seating capacity of 588.

Missing any information?
Yes
No
This experience is unavailable
You'll be the first to know when these tickets are back online.
notify me
Awesome!We will notify you.
Why Headout?
Trusted platform used by 100K+ people, each month
Get the lowest prices and last minute availability
Discover and connect with 10,000+ experiences
Browse verified reviews and professional photographs
Have a question? Live chat with our experts 24/7
Other experiences similar to The Comedy About A Bank Robbery
Landmarks
Standard Experience Tickets to the London Eye
Instant Confirmation
4.3
(1.3K)
from £32.50
Free Cancellation
Museums
Madame Tussauds London Ticket
Instant Confirmation
4.5
(704)
from £33.50
Free Cancellation
Walking Tours
Warner Bros. Studio Tour London with Round-Trip Air-conditioned Transfers
Instant Confirmation
4.4
(1.7K)
from £84.60
Musicals
The Lion King
Instant Confirmation
4.5
(2.3K)
from £35.40
Musicals
Wicked
Instant Confirmation
4.5
(2K)
from £23.40
The world on your tap!Get the Headout app to get tickets on your phone and access app-only deals. Talk about win-win.
We've served 15 million+ guests and we are here for you
15 million +Happy customers across 10,000+ experiences
4.4/55,000+ verified reviews with 90% excellent score
In the MediaFeatured and recommended by the best brands
24 x 7 Help CenterHave a question? Live chat with local experts anywhere, anytime
Headout is building the future of how we experience our cities.
Made with ❤️ all over the 🌎
Headout Inc.
82 Nassau St #60351 New York, NY 10038
Cities
New YorkLas VegasRomeParisLondonDubaiBarcelona+63 more
Headout
About UsHelpCareersTravel BlogCompany BlogCreator Partnerships
Partners
Join HeadoutSupply Partner HubAffiliates
© Headout Inc
Privacy PolicyTerms of Usage