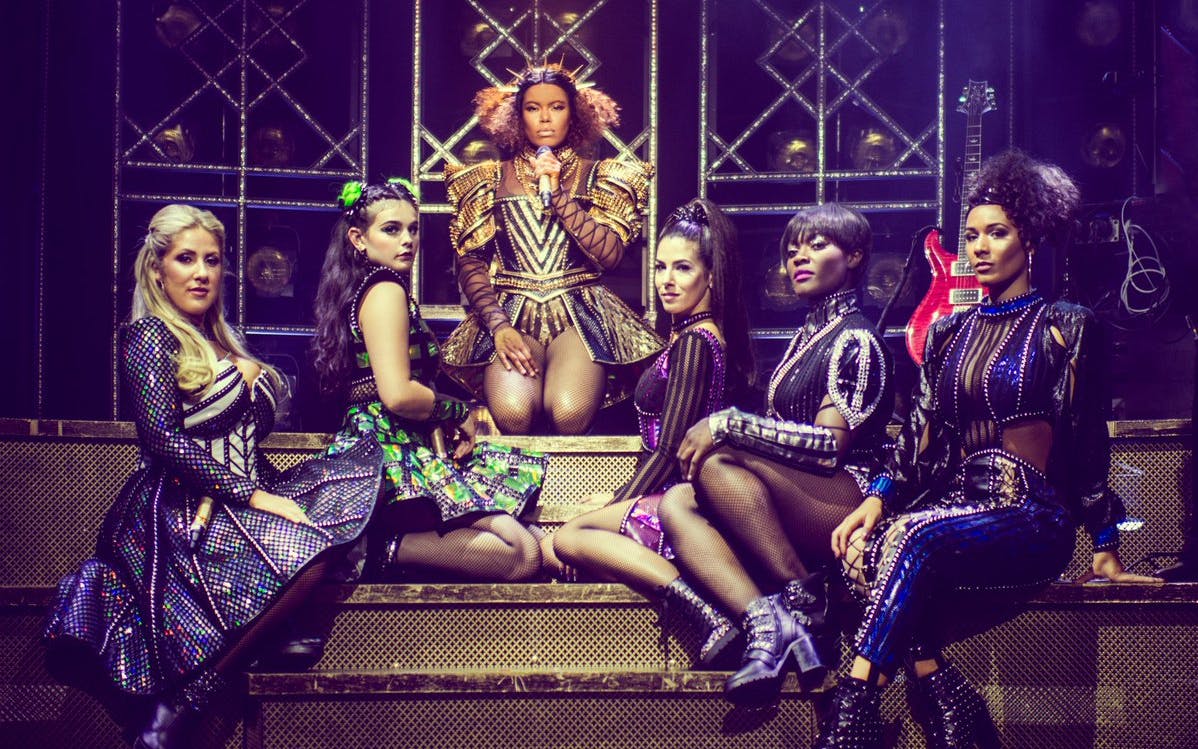 Watch Six’s electrifying cast dance up a storm as they embody the six wives of Henry VIII as either Tudor queens or even pop princesses!

This widely acclaimed play is known for its unique take on the 75 years of King Henry VIII’s infamous marriages. The dazzling cast channel the likes of Beyonce, Avril Lavigne, and Adele while performing sassy, upbeat tunes that are bound to leave you wanting more. Follow the story of the six wives of King Henry VIII, who've had enough of being defined by their husband and struggling to keep up with the ways of high society. Catherine, Anne, Jane, Anna, Katherine, and Catherine form a girl band and go on tour, giving their audience a dazzling take on feminism and pop culture. SIX is now ready to be the first full-scale West End musical to return to the stage post-COVID and runs on an 11-week limited run at the Vaudeville Theatre!

“It has its own manifest cheeky British personality – and (with the cast completed by Alexia McIntosh, Aimie Atkinson and Maiya Quansah-Breed) a dynamism that matches the best the West End has to offer”
– The Telegraph UK

- Capacity has been reduced to comply with COVID-19
- Secure guidelines for social distancing plus robust risk mitigation are in place
- In addition to hand sanitation, face coverings and track and trace, other measures will include contactless tickets, temperature testing and the deep clean and sanitation of the theatre

Duration
1 hr 15 min with no intermission

Seating
Vaudeville Theatre has a seating capacity of 967

You will be contacted by the theatre 48 hours before the performance with instructions on how to check-in and retrieve your e-ticket. This delivery method is a part of the theatre's COVID-19 Secure measures and allows staggered arrival times to be advised on your ticket should this be considered necessary. If you do not receive your e-tickets, please contact 0330 333 4815 or boxoffice@nimaxtheatres.com.

Missing any information?
Yes
No
from
£20.40
Check Availability
Best price guaranteed
Why Headout?
Trusted platform used by 100K+ people, each month
Get the lowest prices and last minute availability
Discover and connect with 10,000+ experiences
Browse verified reviews and professional photographs
Have a question? Live chat with our experts 24/7
Other experiences similar to Six
Musicals
The Lion King
Instant Confirmation
4.5
(2.1K)
from £30
Musicals
Mamma Mia!
Instant Confirmation
4.5
(1.9K)
from £18
Musicals
Phantom of the Opera
Instant Confirmation
4.5
(1.2K)
from £27
Musicals
Wicked
Instant Confirmation
4.5
(1.9K)
from £23.40
Musicals
Mary Poppins
4.5
(722)
from £24£21
Save up to 12%
The world on your tap!Get the Headout app to get tickets on your phone and access app-only deals. Talk about win-win.
We've served 10 million+ guests and we are here for you
10 million +Happy customers across 10,000+ experiences
4.4/55,000+ verified reviews with 90% excellent score
In the MediaFeatured and recommended by the best brands
24 x 7 Help CenterHave a question? Live chat with local experts anywhere, anytime
Headout is building the future of how we experience our cities.
Made with ❤️ all over the 🌎
Headout Inc.
82 Nassau St #60351 New York, NY 10038
Cities
New YorkLas VegasRomeParisLondonDubaiBarcelona+63 more
Headout
About UsHelpCareersTravel BlogCompany BlogCreator Partnerships
Partners
Join HeadoutSupply Partner HubAffiliates
© Headout Inc
Privacy PolicyTerms of Usage