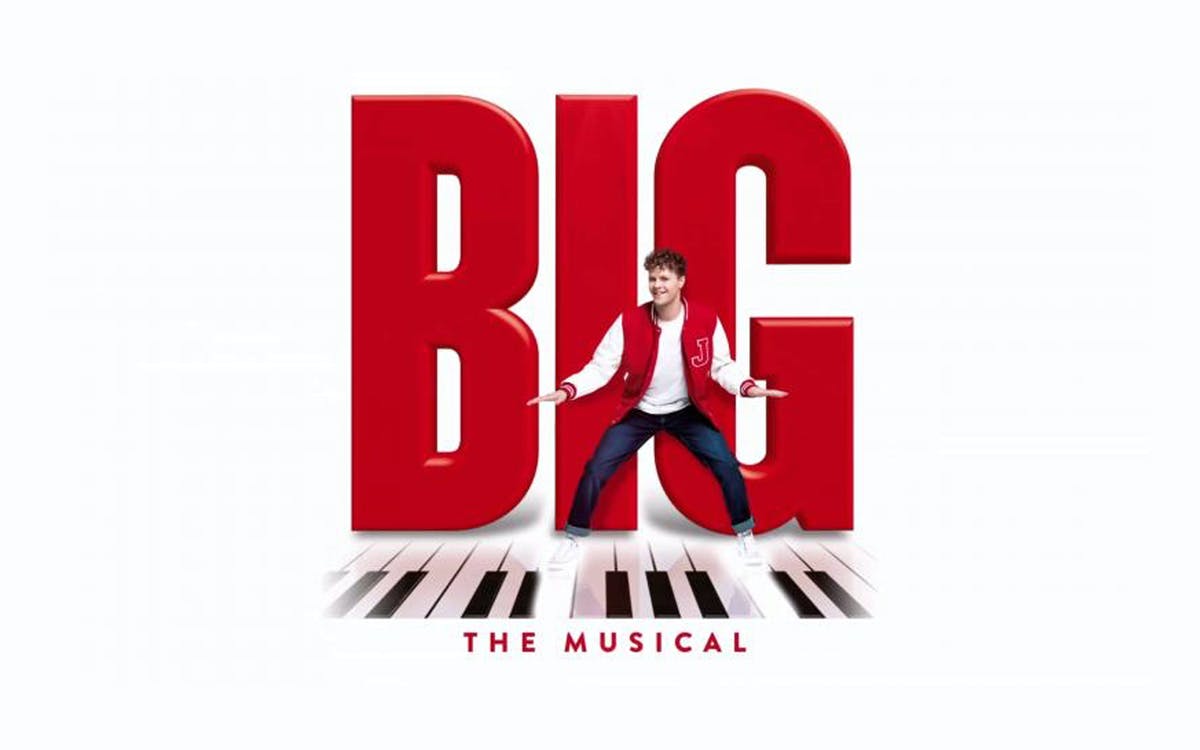 Watch one of the most loved films from 1988 come to life at the West End! Big The Musical had premiered at the Theatre Royal Plymouth in the UK in 2016. It now all set to premiere at the Dominion Theatre in London after being in production limbo for two whole years.

why you should watch big the musical

The show is a genuinely funny and entertaining treat that showcases John Weidman’s book and a breathtakingly beautiful score by David Shire and Richard Maltby Jr. You will be taken on a joyful ride through the engaging story of Josh Baskin. It has finally been established that the popular Jay McGuiness will be taking up his old role as the protagonist in Big The Musical, which was previously played by the phenomenal Tom Hanks. He is well known for successful work with The Wanted, a boy-band that created hit numbers like ‘All Time Low’ and Glad You Came’. This Irish production is a treat for the entire family.

Big The Musical is based on the legendary film of the same name, starring Tom Hanks. It is light-hearted and wholesome and follows the story of Josh Baskin, a twelve-year-old boy. As a kid, he finds his life to be somewhat drab and colorless. One night, when he’s at the carnival, he throws a coin into a machine that is supposed to tell his fortune, and he wishes to be ‘big’. He is very startled when he sees that the machine was unplugged all along but still speaks to him, saying that his wish is granted. He goes home and sleeps, thoroughly disturbed, and wakes up the next day as a man in his thirties! He now needs to do all the things that grown-ups do such as working and finding a girlfriend. Join Josh on his crazy journey as he discovers the meaning of responsibility and the value of childhood.

Audience
Children under the age of 5 will not be admitted.

Seating
The Dominion Theatre has a seating capacity of 2069.

You will receive an email with your voucher. You may display your voucher on your mobile phone. Please carry a valid photo ID for identification. It is recommended that you arrive at the theatre at least 30 minutes prior to the performance.

Missing any information?
Yes
No
This experience is unavailable
You'll be the first to know when these tickets are back online.
notify me
Awesome!We will notify you.
Why Headout?
Trusted platform used by 100K+ people, each month
Get the lowest prices and last minute availability
Discover and connect with 10,000+ experiences
Browse verified reviews and professional photographs
Have a question? Live chat with our experts 24/7
Other experiences similar to Big The Musical
Free Cancellation
Landmarks
London Eye Standard Experience Tickets
4.4
(940)
£29.50
Musicals
The Lion King
Instant Confirmation
4.5
(2.1K)
from £30
Free Cancellation
Walking Tours
Warner Bros. Studio Tour London: Return Transfers in Air-Conditioned Coach
4.4
(1.3K)
from £94
Musicals
Mamma Mia!
Instant Confirmation
4.5
(1.9K)
from £18
Musicals
Phantom of the Opera
Instant Confirmation
4.5
(1.2K)
from £27
The world on your tap!Get the Headout app to get tickets on your phone and access app-only deals. Talk about win-win.
We've served 10 million+ guests and we are here for you
10 million +Happy customers across 10,000+ experiences
4.4/55,000+ verified reviews with 90% excellent score
In the MediaFeatured and recommended by the best brands
24 x 7 Help CenterHave a question? Live chat with local experts anywhere, anytime
Headout is building the future of how we experience our cities.
Made with ❤️ all over the 🌎
Headout Inc.
82 Nassau St #60351 New York, NY 10038
Cities
New YorkLas VegasRomeParisLondonDubaiBarcelona+63 more
Headout
About UsHelpCareersTravel BlogCompany BlogCreator Partnerships
Partners
Join HeadoutSupply Partner HubAffiliates
© Headout Inc
Privacy PolicyTerms of Usage