4.7
611 Ratings
Best Safety Standards
This experience has been verified to follow best safety standards in compliance with local regulations and WHO
Safety Details

Explore Britain’s Royal residences on this guided tour through Buckingham Palace and Windsor Castle. Along the way, you can partake of a two-course lunch opposite Windsor Castle for a uniquely British experience!

Learn more about England’s monarchy and its grand history on this guided tour through the royal residences of London. Included in these tickets are a visit to Buckingham Palace, lunch near Windsor Castle, and a visit to Windsor Castle.

Wander through Buckingham Palace with an Audio Multimedia Guide

Step inside the golden gates of Buckingham Palace and wander through the British monarchy’s official residence since 183. Visit each room and learn fascinating facts and anecdotes about the history of the Palace and the British Monarchy. Go through the royal State Rooms, such as the Throne Room, the White Drawing Room and the Ballroom, where the royal family holds their many events and receptions, as well as the 47 metre-long Picture Gallery that houses the Royal collection of ornate furniture, paintings, and treasures. Take your time to admire them all, as your audio multimedia guide gives you a clearer understanding of what makes the monarchy tick. At the end of your tour, you will exit along the south side of the Palace Garden, where you’ll meet your guide for the next part of your tour.

Witness the Grandeur of Windsor Castle

The largest continuously occupied castle in all of Europe, Windsor Castle has been home to the British monarchy for more than 900 years, all the way back to the days of William the Conqueror. See the grandest apartments of England contained within the Castle, where paintings by Van Dyck and Rubens adorn the walls, and gorgeous murals festoon the ceiling. You will also enter St George’s Chapel, where Prince Harry’s wedding was officiated and the tombs of many previous monarchs are located, including Henry VIII and Charles I. What’s more, you can also enjoy a sumptuous two course lunch near Windsor castle, which includes:

You will receive an email with your Buckingham Palace & Windsor Castle Guided Tour mobile voucher soon after purchase. No need to print. Please display the same along with valid photo ID to your guide at the meeting point to start your tour. 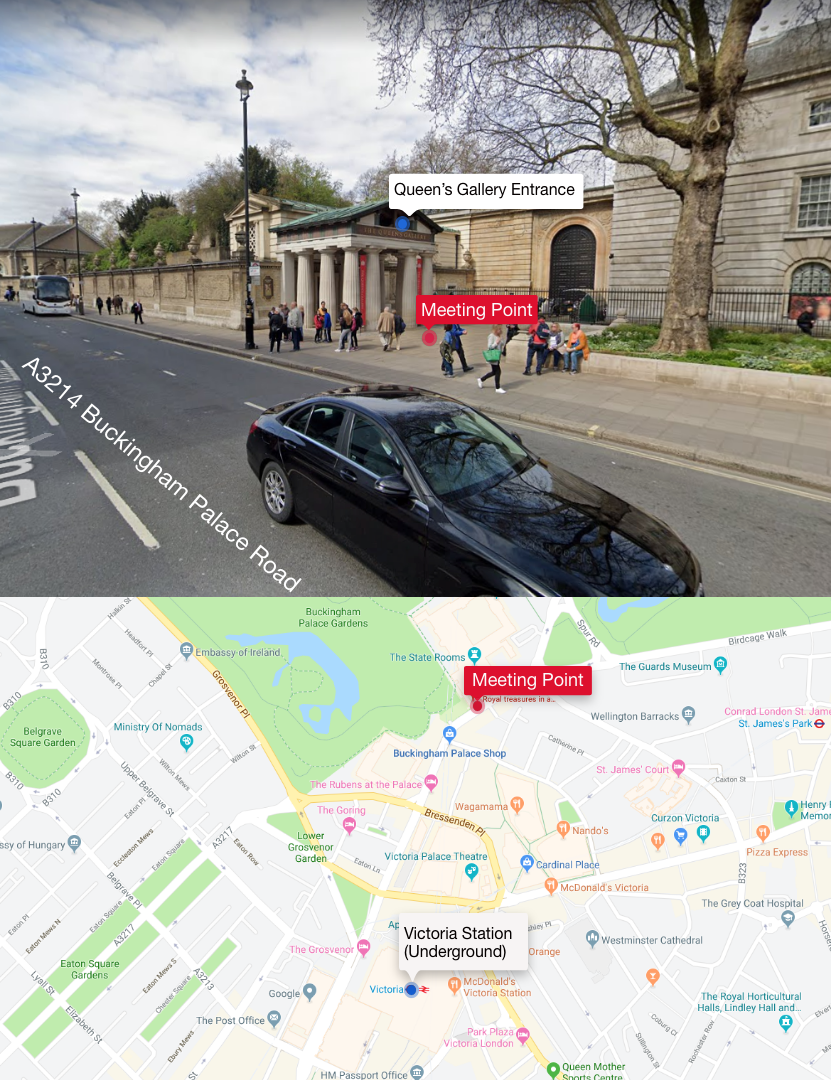