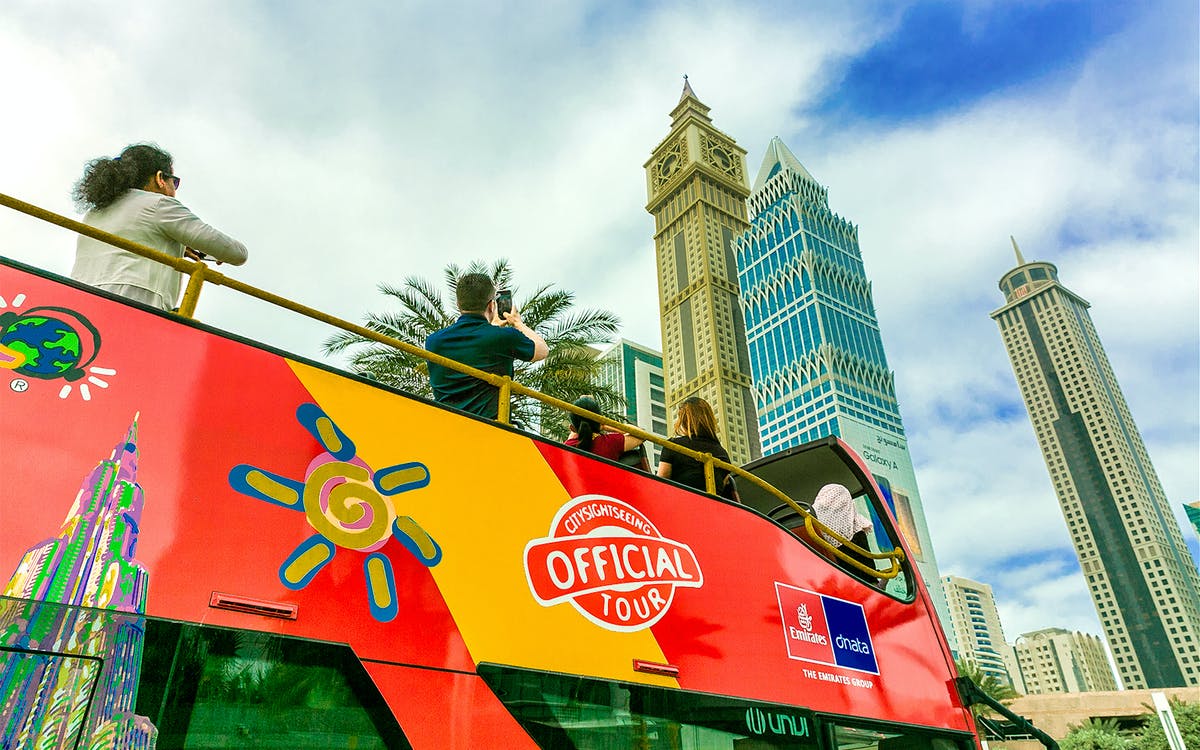 why you should get on board

Discover the glamour of Dubai. From its humble beginnings as a fishing village in the 18th century, today the city always seems to be one step ahead in the future. With 2 routes spread across 17 stops, this hop-on hop-off tour will take you close to the most important and impactful sights of the city that showcases the absolute power of human imagination. The latest feather in the cap of the city is the latest World's Fair, Expo2020, whose motto is “Connecting Minds, Creating the Future”.

See the Dubai Mall, a behemoth structure the size of 50 football pitches that houses 1000+ shops along with an aquarium. Just a little distance away you will see the gigantic Burj Khalifa, the tallest structure in the world, and rightfully one of the modern wonders in the world. Take a break from state-of-the-art modernity and catch a glimpse of old Dubai at the Al Fahidi Historical Neighbourhood. Built before the oil boom of the 1970s, the old streets are full of traditional buildings and several cultural attractions. Other attractions not to be missed include Gold & Spice Souks, the Madinat Jumeirah, and the Dubai Frame.