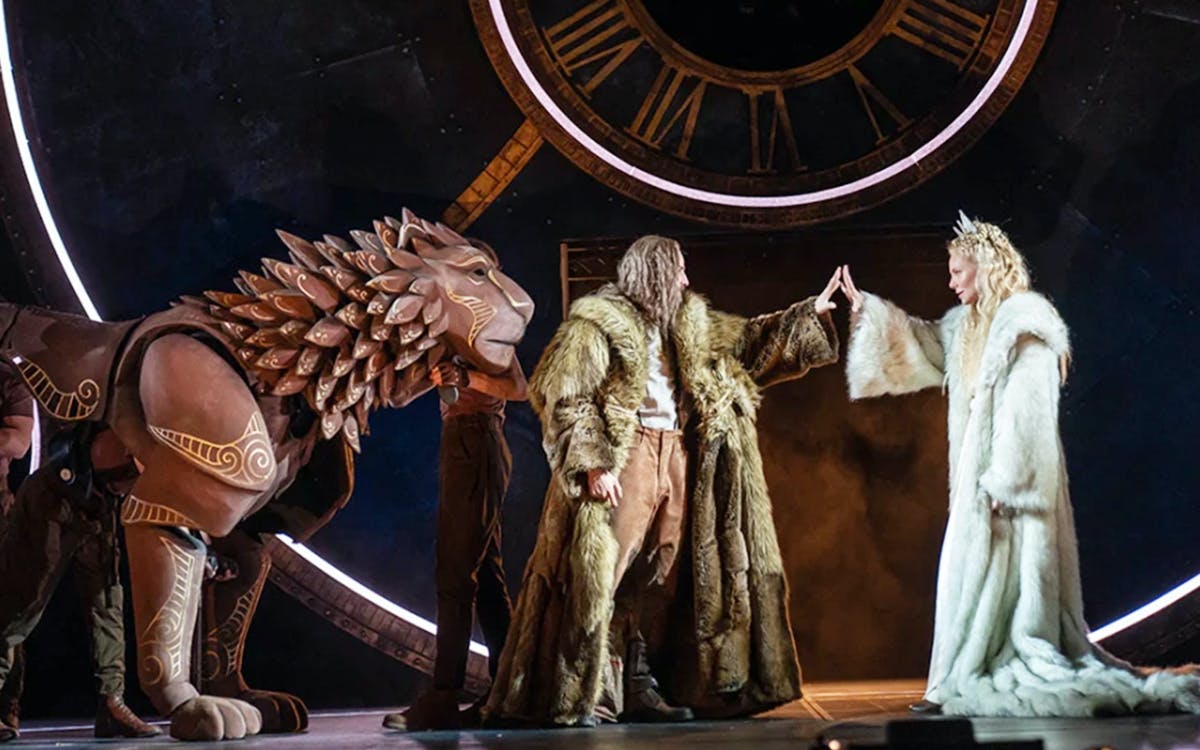 The Lion, The Witch, and The Wardrobe

why watch the lion, the witch, and the wardrobe

The massively popular C.S. Lewis novel is spectacularly brought to life – once again – on the London stage. During WWII, the four Pevensie siblings escape from war-torn London to the countryside. Stepping into a perfectly ordinary-looking wardrobe, they emerge in the enchanting land of Narnia. They soon discover that they’re prophesied to overthrow the evil White Witch. Having unrightfully proclaimed herself the Queen of Narnia, she has cast the beautiful land into an everlasting, bitter winter – terrorizing the peace-loving inhabitants. With the help of a fawn, talking Beavers, and the noble lion Aslan, the four children set out to overcome the White Witch's frosty reign of terror.

Based on the original production by Sally Cookson, the play is directed by Michael Fentiman who has been involved in major productions such as the Olivier-nominated Amélie. Together with writer Adam Peck, and costume & set designer Rae Smith, the utmost dedication has been taken to present this much-loved and fantastic tale on stage.

Audience: Suitable for ages 6+. Babes in arms are not admitted and all children must be able to sit unattended in their own seats. In the interests of other guests, parents or guardians may be asked to remove noisy children.

Samantha Womack as the White Witch