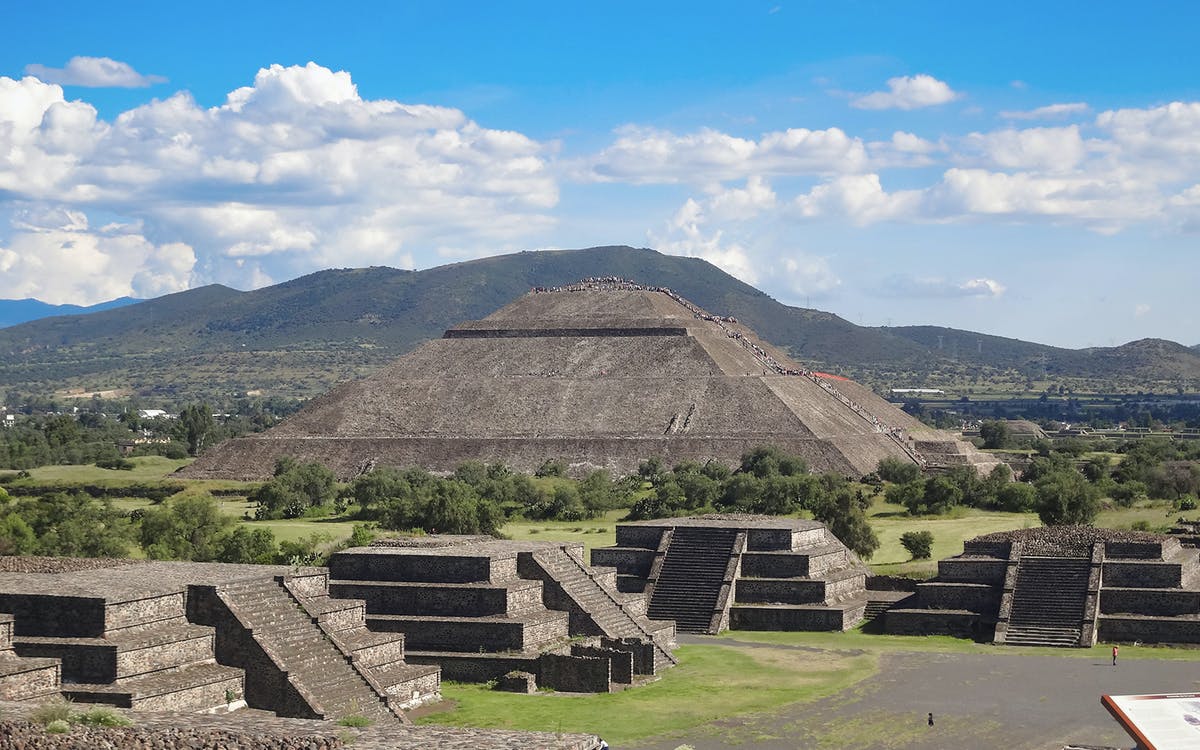 This guided tour of Mexico’s cherishes sites gives you a detailed outlook on the mesmeric pyramids of Teotihuacán and Basilica of Guadalupe!

Your tour will begin in Mexico City at the square of the three cultures. The buildings in this historic plaza reflect three Mexican cultures namely pre-Columbian, Spanish colonial, and the independent nation. Learn more about their identity, clashes, and overlaps through the remains of their architectural legacy. After this, move on to the impressive Teotihuacán, an archeological site of great importance and mystery. Stroll down the Avenue of the Dead, climb up the Pyramids of the Sun and the Moon, see the temple of Quetzalpapalotl, the citadel, and the Flower of Teotihuacan. Check out the arts and crafts center wherein lie objects of fascination since the time of the Aztecs which continue to be admired and studied by scholars and visitors from around the world.

After this, you will return to Mexico City for a tour around the Basilica of Our Lady of Guadalupe, Patroness of America. Containing deep roots in the pre-Christian history of Mesoamerica, this beloved shrine is the world’s holiest and most visited. It is believed that the Virgin Mary herself appeared in front of Juan Diego, a peasant Indian, and asked him for a church to be built on this sacred site.

The ticket includes the following options that you can choose from: