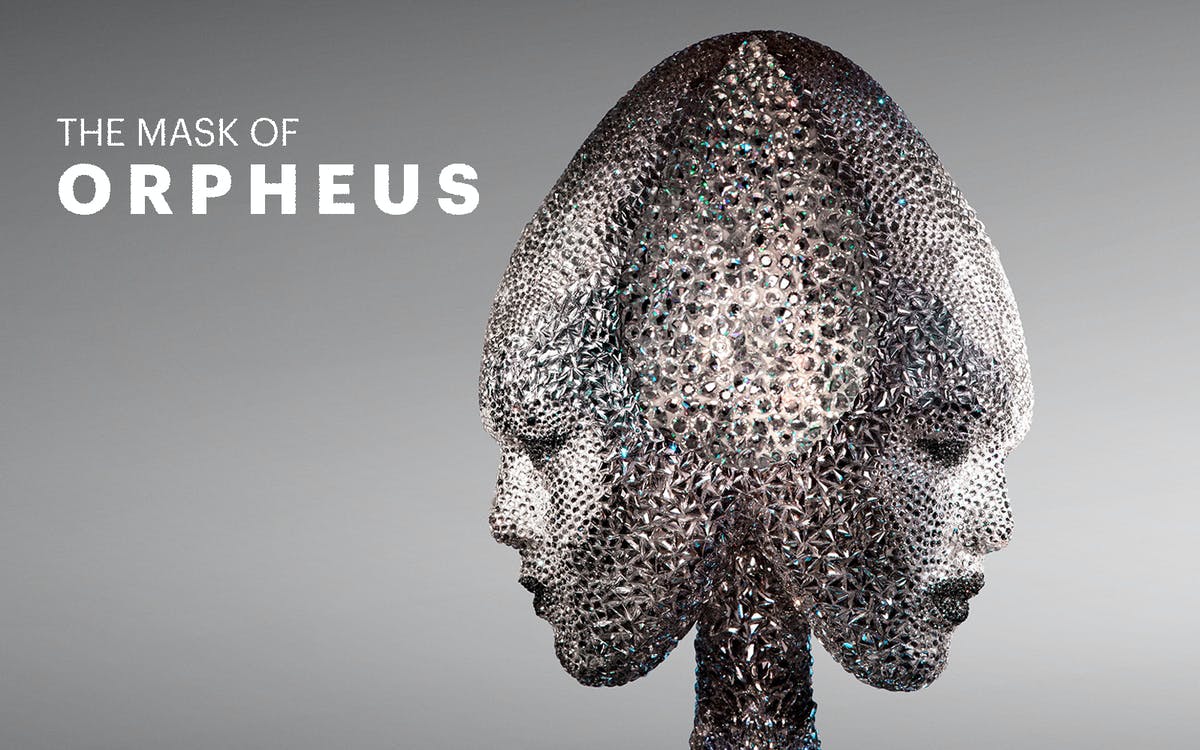 The Mask of Orpheus - Tickets

After an exasperating 30-year wait, The Mask of Orpheus is finally back at the West End’s London Coliseum for a limited run! Watch the iconic tale of Orpheus brought to life in spectacular fashion by the English National Opera and a stellar creative team.

why watch the mask of orpheus

Harrison Birtwistle’s epic retelling of the story of Orpheus and Euridice was considered a stroke of genius when it first premiered at the English National Opera in 1986. Woven together in an intriguing non-linear fashion, The Mask of Orpheus is a 3-act opera that explores multiple versions of the myth of Orpheus. The libretto was originally put together by Peter Zinovieff, an engineer, inventor, and writer who is famous for inventing the VCS3 synthesizer which was used by major bands such as Pink Floyd.

Stage design is absolutely crucial to a good presentation of The Mask of Orpheus. Owing to its non-linear nature, dividing the stage into separate areas to represent different settings is an apt way to help the audience understand what is being portrayed on stage. The fabulous supporting team consists of music director Martyn Brabbins and artistic director Daniel Kramer. The lighting and video design is done by Olivier Award-winning lighting designer Peter Mumford.

The Mask of Orpheus does not tie itself to a single version of the Greek myth of Orpheus. Instead, it chooses to explore the various, sometimes contradicting, versions in a brilliant 3-act opera. The first act follows the marriage of Orpheus and Euridice. Unfortunately, the bride dies of a snake bite, and Orpheus, in his paroxysm of grief, consults the Oracle of the Dead. In the second act, he journeys to the underworld in search of his beloved Euridice, but is met with a series of trials. He must pass through seventeen arches and convince the gods of the underworld to let him take Euridice back to the world of the living. He believes Euridice is following him out of the underworld, but it turns out to be Persephone, the wife of Hades.

When he finds out that there is no way to bring Euridice back, Orpheus hangs himself. The act concludes as he wakes up and realises that it was all a dream. Time becomes extremely nonlinear in the third act, as Orpheus goes back to the underworld, only to see his wife die once more. Two different versions of the death of Orpheus is seen, one in which he is struck down by Zeus, and another in which he is torn apart by the women of Dionysus.

“For those who attended one of the half dozen staged performances at English National Opera in 1986, The Mask of Orpheus was an unforgettable event.”
– WhatsOnStage

Duration
3 hours and 20 minutes, with 1 intermission

Seating
The London Coliseum has a seating capacity of 2,359 in total.