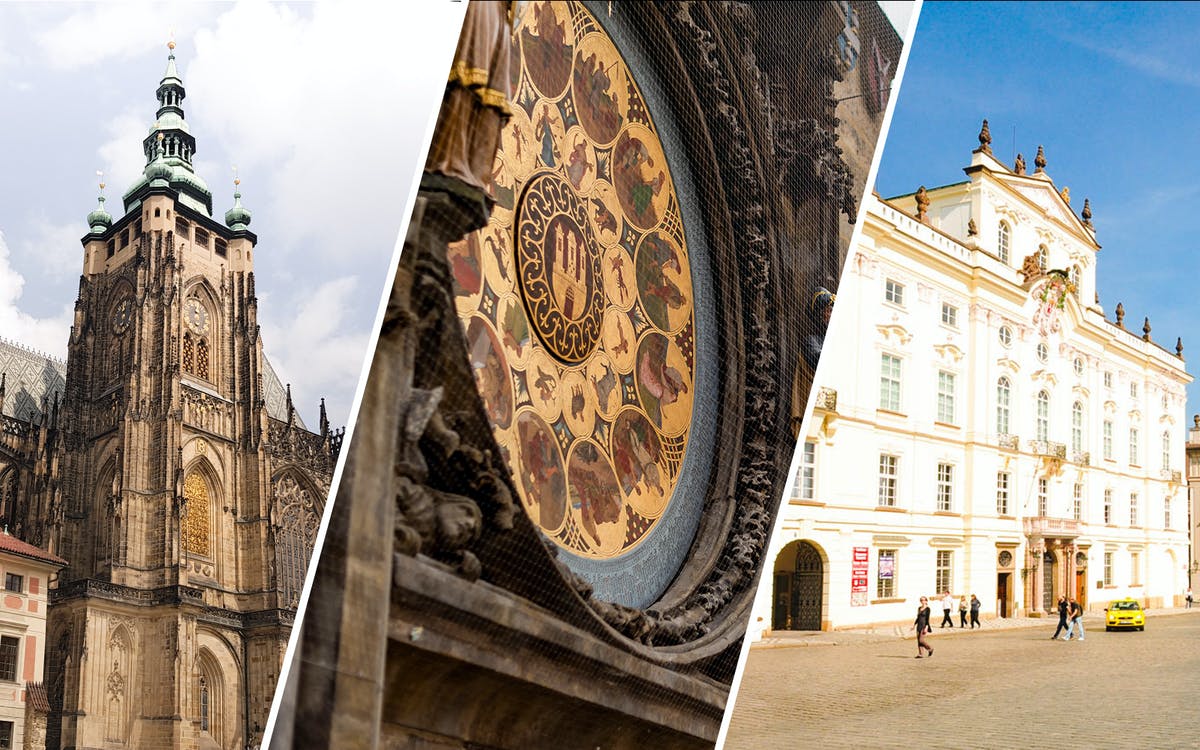 Discover the best of Prague - the Prague Castle, the Astronomical Clock Tower, and the Jewish Quarter – with this smart combo. Enjoy skip-the-line entry to the attractions and avoid long queues.

With these combo tickets, enjoy priority entry to some of Prague’s most popular attractions like the Prague Castle, the Astronomical Tower, and the Jewish Quarter. Pick the tickets up next to Old Town Square with the attractions being just a short walk away.

The Prague Castle is one of the most famous attractions of the Czech Republic and has been home to the Kings of Bohemia, Holy Roman Emperors, and Czechoslovakia presidents. Explore the castle by taking circuit B and marvel at the stunning interiors of St Vitus Cathedral, St George’s Basilica, Golden Lane, and the Old Royal Palace.

Pay a visit to the Astronomical Clock Tower, the construction of which dates back to the 14th-century. Every hour, two trap doors open and the 12 apostles march out of the famous Clock. Did you know more than three-fourths of the clock’s parts are the original structure? These tickets also give you access to the top of the tower where you can catch breathtaking views of the city.

Visit the historic Jewish Quarter of Prague with these tickets and enjoy more skip-the-line access to the most famous synagogues in the area like the Pinkas Synagogue, Klausen Synagogue, Spanish Synagogue, Maisel Synagogue, and Ceremonial Hall. The Maisel Synagogue - the most well-known synagogue - was erected in 1592 and founded by the Mayor of the Prague Jewish Town, Mordecai Maisel. Touchscreens are present within the synagogue, allowing visitors to look through Hebrew manuscripts and maps of the Jewish settlements.

Please check for updated timings of the attractions before planning your visit.

This ticket is valid for 2 days from first use and permits a one-time visit to each attraction.