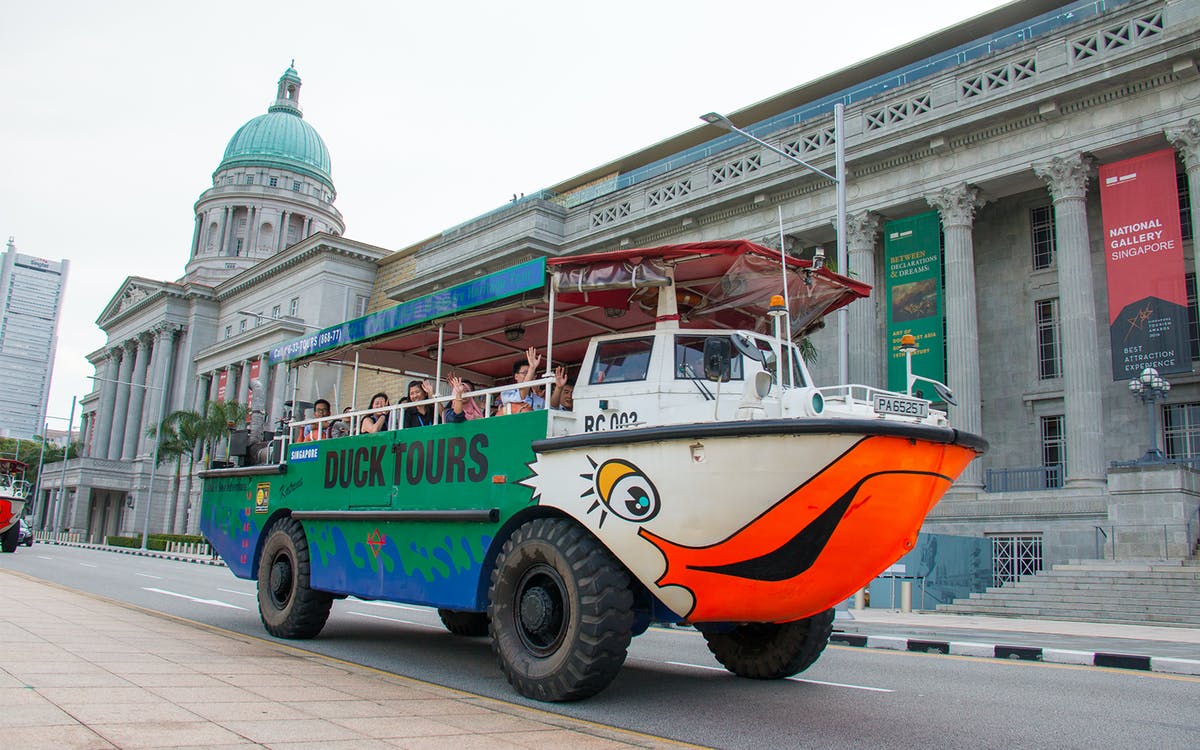 Tour the Lion City by land AND water in this fun-themed DUCKtour.

Did you know you can tour Singapore’s attractions on both land and water? In this unique amphibious vehicle (previously military warcraft), you’ll explore the iconic sights of the city in a completely different way.

Begin this exciting tour from the waters of Marina Bay. You’ll see Gardens by the Bay which houses a wide collection of over 1.5 million plants that hail from every continent. As you cross its supertrees and twin conservatories, the luxurious Marina Bay Sands will come into view as well as the huge observation wheel, the Singapore Flyer.

Continue to cruise into the Marina Bay and you’ll see the Esplanade Theater – known for its high-quality performances and ‘durian’ shape – and the mythical Merlion statue. Take some great photos at this spot with this striking Singaporean statue in the background. Before you get back on land, you’ll pass one of the newer attractions – the ArtScience Museum.

Said to be the place where modern Singapore began, the Civic District is a meeting point for art, culture, architecture, and progress. This district houses several important landmarks such as the classical-style Old Supreme Court, the Cenotaph war memorial – which honors the heroes who fought and died during WWI and WWII – and the Padang, an important public space. You’ll end this illuminating tour with a loop around the Fountain of Wealth.