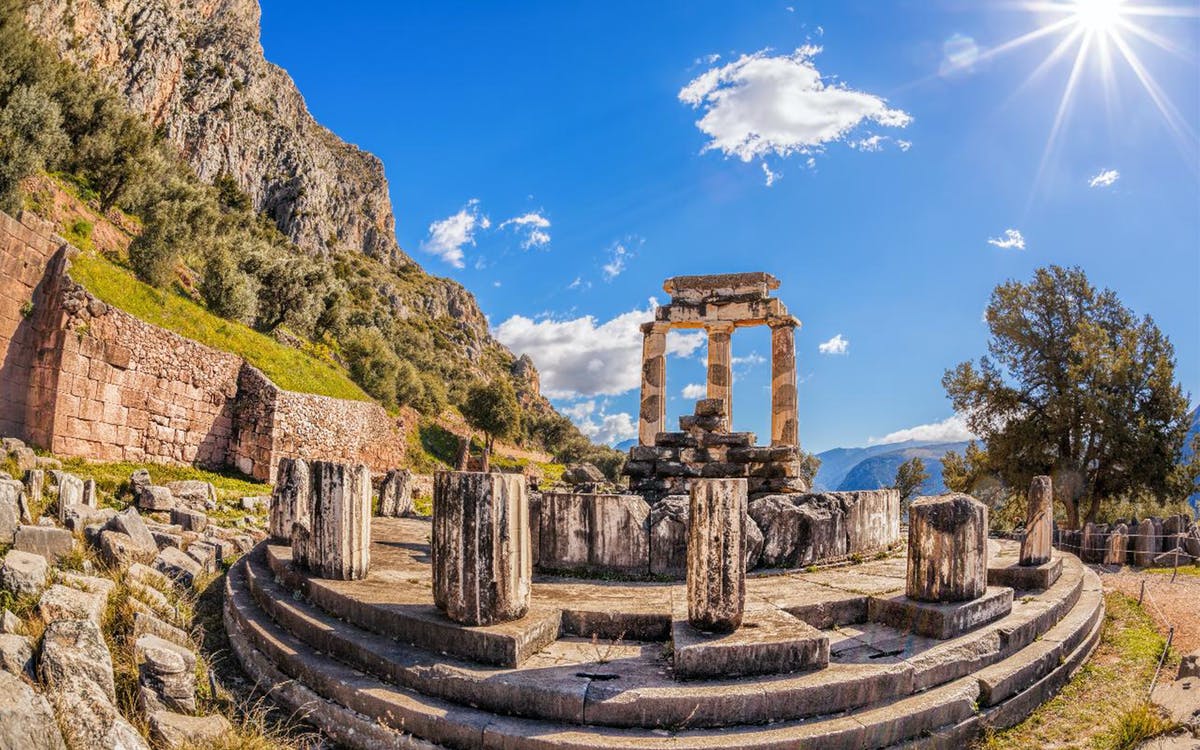 Enjoy a pleasant drive from Athens and visit the Delphi archeological site. See the stunning monuments as the ancients Greeks did through immersive VR and audioguide.

Visit Delphi, considered the center of the work in ancient Greek mythology, on a day trip from Athens. Once you're picked up from either of the 4 pick-up points from Athens, you'll enjoy a scenic drive across the mainland to Delphi. You'll get a chance to explore the fascinating archaeological site with immersive virtual reality that uses 360º and 3D reconstruction technology. While you explore the site, you'll be accompanied by an engrossing audioguide available in 7 languages - English, German, Italian, Spanish, French, Russian and Polish.

Delphi has a number of ancient Greek monuments like the Temple of Apollo and the Temple of Athena Pronaia, among others. You'll also visit the ancient theatre, from where you'll get a spectacular view of the entire sanctuary and the valley below. Imagine the life of Greeks at Tholos, the ancient dining hall. Your VR immersive experience will end at the Delphi Archaeological Museum.

As you're taking in the wonders of ancient Greece, you'll stop at the traditional Greek mountain village of Arachova. It is known for its handmade crafts and traditional Greek architecture. Enjoy a delicious lunch, a quick snack, or a bit of shopping here. Once you're done exploring, the comfortable air-conditioned minibus will take you back to Athens and drop you off at one of the points in the city.