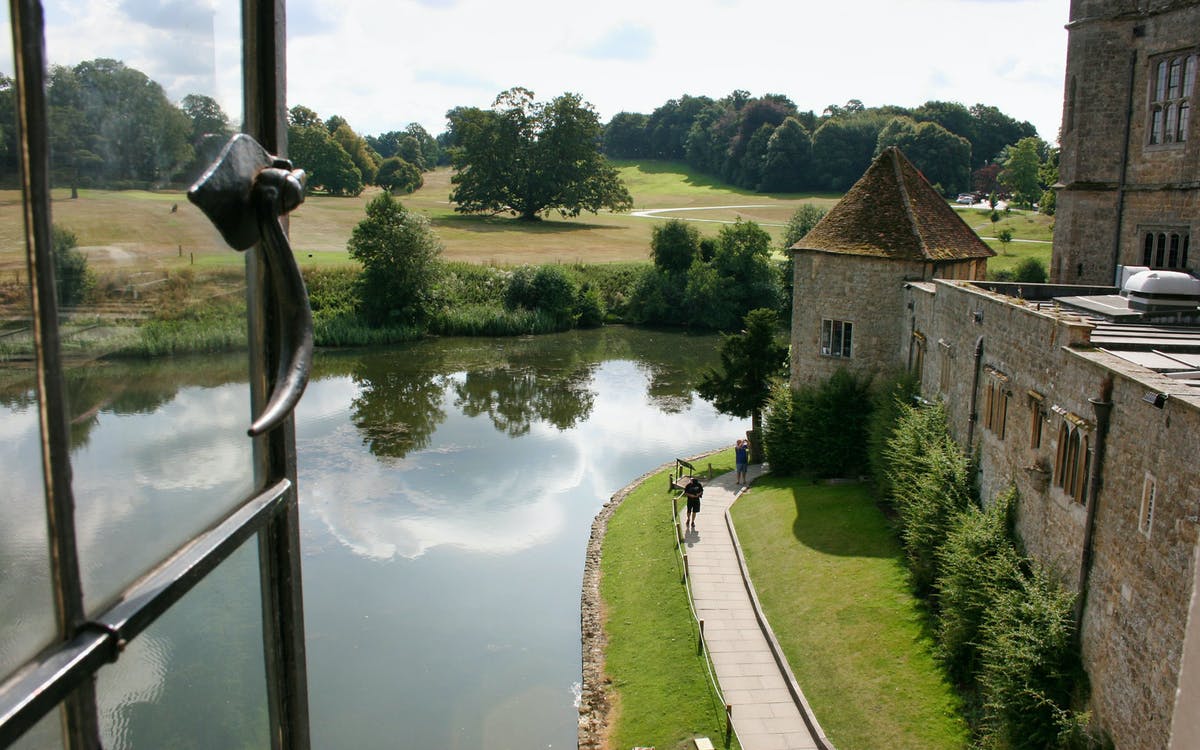 A former royal palace, Leeds Castle is one of the most beautiful castles in the UK. It rises majestically over a moat, is surrounded by stunning gardens and has seen over 900 years of history - an absolute must-visit!

Surrounded by the still waters of its moat and 500 acres of parkland, Leeds Castle is the loveliest castle in the world. You'll believe it too, when you look at it. The castle simply oozes romance, history, and intrigue! The first stone castle was built here in 1119 but its royal history only began in 1278, when Queen Eleanor of Castile bought it. In the 16th century, King Henry VIII made vast improvements to the castle and turned it into a palace for this then queen, Catherine of Aragon.

During your time here, you will get to explore over 900 years of history at the Gatehouse Museum. Learn about the castle's evolution from Norman beginnings to royal ownership, and finally, its current status as a country retreat. Don't miss out on seeing the Dog Collar Museum, famous for its fascinating collection of canine neckwear spanning five centuries (yes, you read that right!).

If you're taking your kids along, drop by the Knights' Stronghold Playground. It is a wooden replica of the castle, complete with climbing walls and zip wires. It also features the Leeds Castle Maze, made out of 2,400 yew trees!