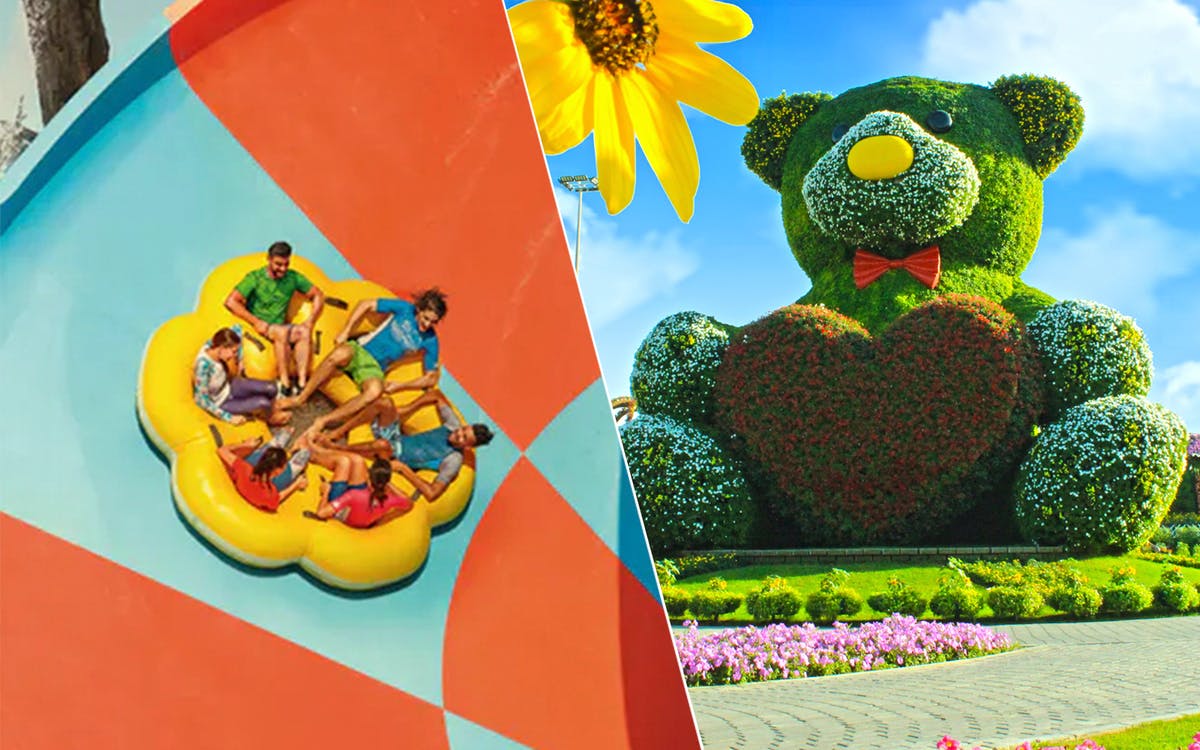 Save big on this combo ticket to Yas Waterworld and Dubai Miracle Garden. Enjoy thrilling water rides and relax as you stroll around the largest natural flower garden in the world.

Yas Waterworld has over 40 rip-roaring rides. Five of these have never before been seen in a water park. Split across four zones according to their intensity, these rides promise something for everyone. For high thrills with your family, hop on the Falcons Falaj, the world's longest mammoth six-seater water coaster. If you want to take things up a notch, surf on the Bubble Barrel, the world’s largest surfable wave sheet. As you can imagine, heart in the mouth takes on a near-literal meaning here! Chill-seekers can relax on sunbeds at Amwaj Beach or lay back and float around over 300m of the lazy Al Raha River. Once you've worked up an appetite, head over to the cafe-style snack bars or butler-serviced beach cabanas to fuel up (and start again!).

Imagine the scent of blooming flowers wafting against the hot air of the desert. Or the sight of vibrant-colored blossoms against the backdrop of Dubai's barren desert. That is what it will feel like to enter Dubai Miracle Garden. Home to over 150 million blooms, the garden is famous for its elaborate horticultural arrangements. One of these is the Hearts Passage, which gives the impression of a walking passage inside dozens of big hearts. Don't miss out on seeing the 15-meter floral clock made from real flowers and plants that alter according to the season. There's also a Floral Castle, surrounded by millions of flowers.

General Information on the Testing

The following rides are unavailable from Sun to Wed:

The following rides are unavailable on Thu:

The following rides are unavailable from Fri to Sat:

Note: from 5 June 2022, Dubai Miracle Garden will be closed until further notice.