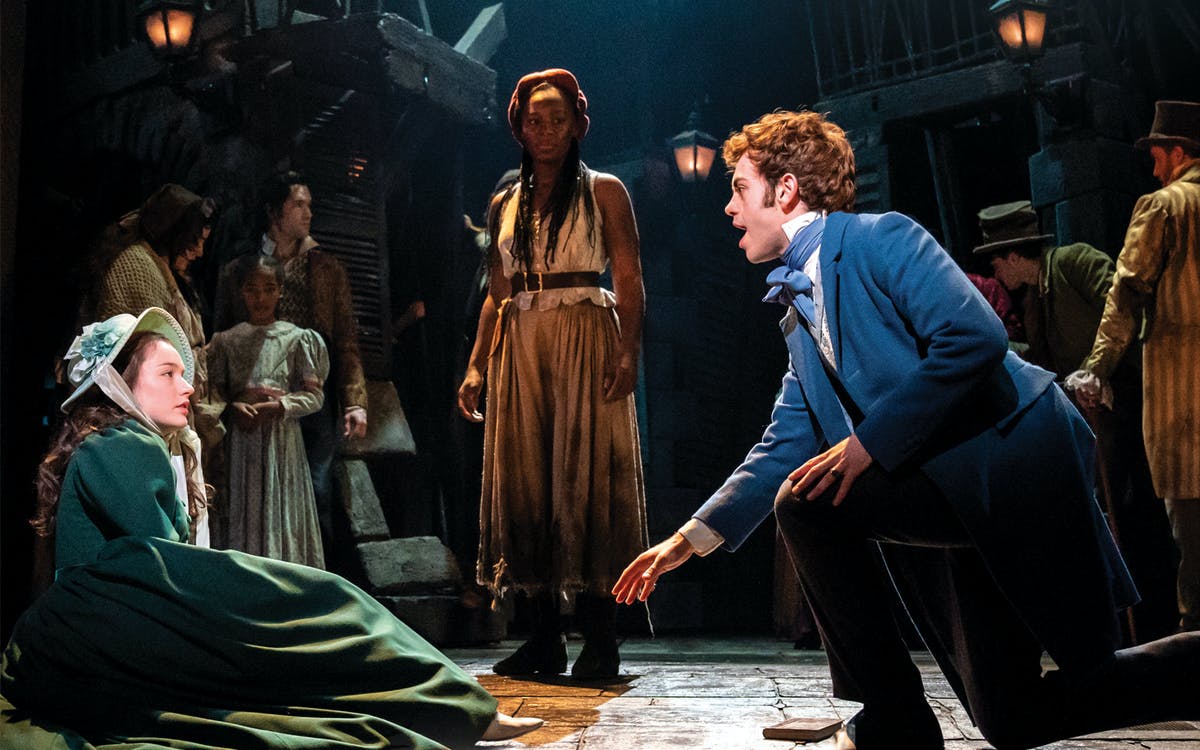 A moral, political, and ideological exploration of one of France’s most tumultuous periods, Les Miserables has become an iconic tale of justice and romance. Over the years, it has been adapted for television, theatre, and film. Les Miserables is a story of metamorphosis. As the author himself explains at the end of the novel - the narrative takes the audience from falsehood to truth and from injustice to justice. The show features an incredible lineup of musicians and actors. Two-time Olivier Award Winning actor Michael Ball returns to the production almost 30 years after he launched his career in theatre. Alfie Boe, well-known for his exquisite performance in La Boheme that won him a Tony Award, takes on the role of ex-convict Jean Valjean. Les Miserables also features the talented Carrie Fletcher as Fantine and Matt Lucas as Thenardier.

After an excruciating 19 years in prison, a police officer named Javert releases a convict named Jean Valjean. Valjean violates the terms of his payroll and attempts to leave his past behind by using stolen money to become a factory owner and mayor. Outraged by Valjean’s actions, Javert vows to find and bring Valjean to justice. After eight years, when Valjean is tasked with being the guardian of a girl named Cosette following the death of her mother, the narrative winds its way into a labyrinth of questions about morality and the meaning of justice. Javert is unrelenting in his pursuit of the ex-convict, unwilling to let anything get in the way of what he believes to be absolute justice.

Fans of the Original Book | Lovers of Philosophical Dramas

This storming revolutionary musical has been stirring up audiences since 1985.
– TimeOut

Seating
The Sondheim Theatre has a seating capacity of 1,074.

Outside Food
Strictly prohibited. Hot food is not permitted in the venue and any food consumed in the auditorium must have been purchased at the theatre.