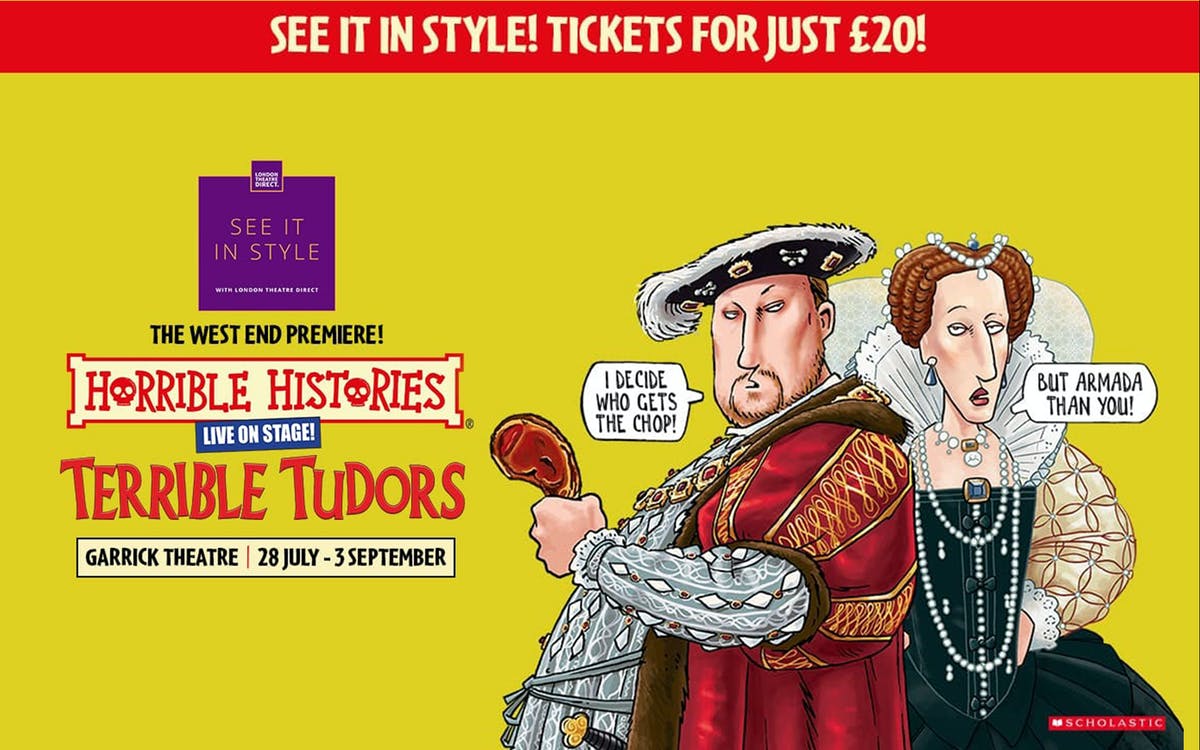 The Birmingham Stage Company and Neal Foster bring to the stage the 'Horrible Histories - Terrible Tudors' series in this delightfully wicked production.

Who said history was only filled with dates and dead people?

Watching Horrible Histories –Terrible Tudors live on stage is sure to change your perception of history being stuffy and boring! Based on the award-winning book written by Terry Deary, this play will tear you to pieces with its portrayals of some of history's darkest and most feared kings and queens including the Henries, evil Elizabeth, and the torturing Tudors. Amidst barrel fulls of laughs, you'll find out what happened to Henry's headless wives and his spat with the Pope. Meet Bloody Mary and see Ed fall dead in his bed and survive the Spanish Armada.

The Olivier-nominated Birmingham Stage Company and Neal Foster bring this production back to West End, to much anticipation. The show is set for a limited return for 5 weeks only at the Garrick Theatre.

Duration: 1hr with no interval