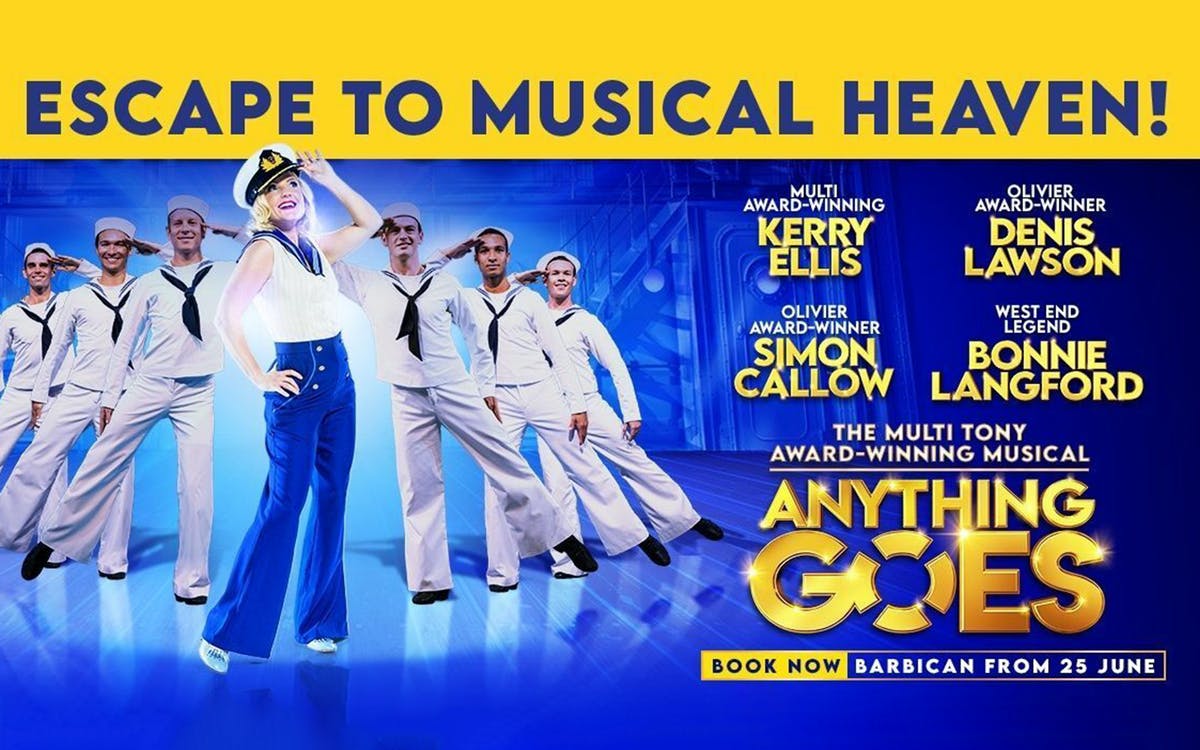 Catch the smash-hit musical comedy Anything Goes, as it sets sail for the Barbican Theatre!