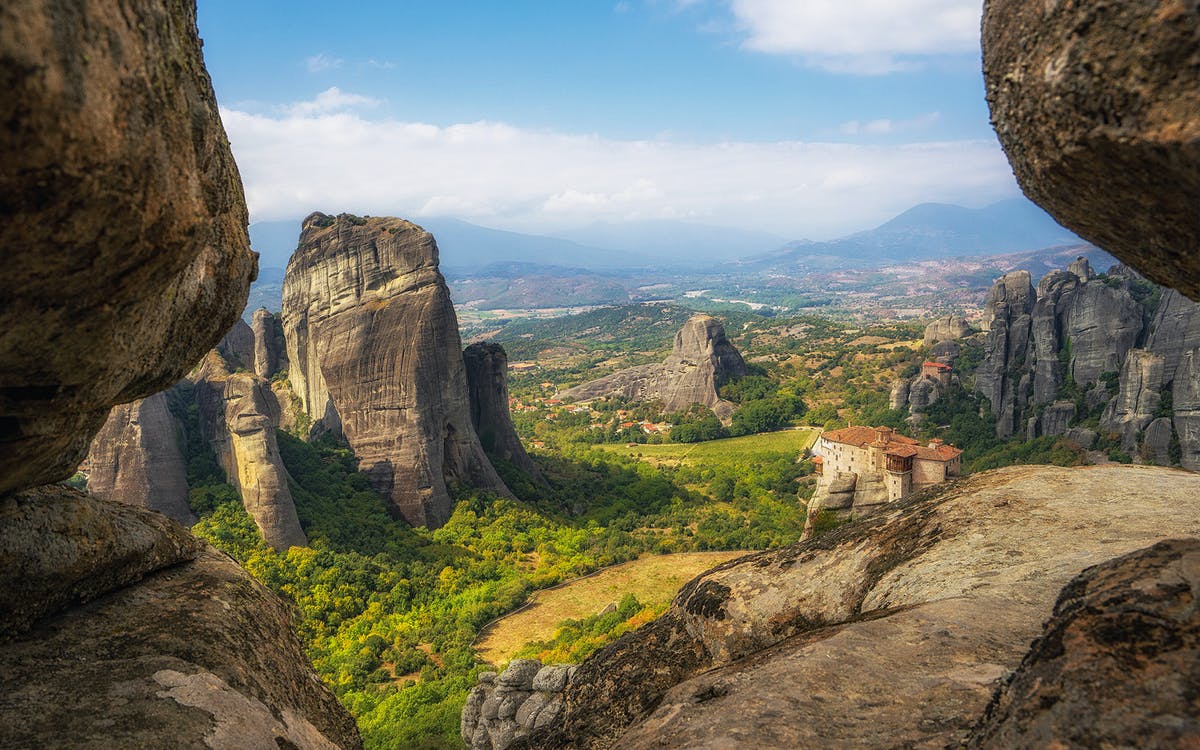 Go around the Meteora rocks, visit centuries-old monasteries and get the perfect spiritual experience in Central Greece with your English-speaking tour guide!

Explore the rock formations at Meteora with your English-speaking tour guide. Learn about the monasteries in the region as well as their fascinating history during this spiritual experience. Considered one of the world's greatest monuments, Meteora is the most significant monastic center in Greece. UNESCO has listed it as "A Preserved and Protected Monument of Humanity." The monasteries were built on natural pillars and rounded boulders centuries ago. The tour will make you wonder about the incredible efforts by the Greeks to constructed these monuments. As you walk the paths paved by hermit monks over 300 years ago, your tour guide will lead you to visit 3 monasteries in the region. St. Antonios is said to be the monastery where the first monks arrived.

Enthralled by the delightful sight of the rocks against the sky, you will hike to another monastery - St. George Mandilas. This was built in a small cave 40 meters above ground to honor St. George. You will see old scripts and Byzantine icons inside the massive rocks. Finally, you will visit the Byzantine church, built around the 4th or 5th century, considered the most important monument in the region. The church is 10 centuries older than the oldest monasteries in Meteora. Its architecture will give you a glimpse into the evolution of Eastern Christianity over the past 2000 years.

Children aged 7 and under go for free (carry a valid photo ID).