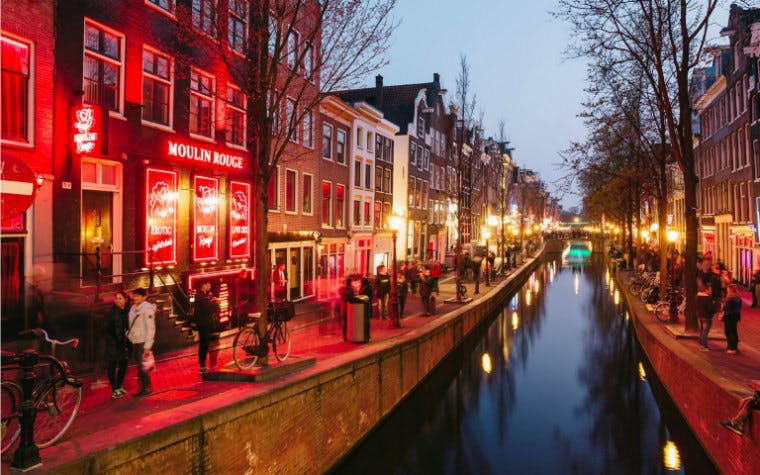 A world of seduction awaits you as you venture into Amsterdam’s Red Light District. Also known as The Wallen, the notorious district promises a thrill that you can rarely experience anywhere else in the world. An expert guide will lead you through the narrow streets, notably, the one called ‘Zeedijik’ which was once widely regarded as the most dangerous street in the entire city. Today, lively pubs line the infamous street. Next, gear up for a wild and bewildering tour of the Museum of Prostitution. Here, you will be allotted a seat to take in all the mesmerising displays that are on offer. On your walk, encounter the world’s oldest condom shop in the lanes of this brilliant city. With a professional guide leading the way, you can leave your worries behind and dive straight in for a walk that introduces you to one of Amsterdam’s oldest and most interesting districts.

A moderate amount of walking is involved. Comfortable walking shoes are recommended
Available in German & English