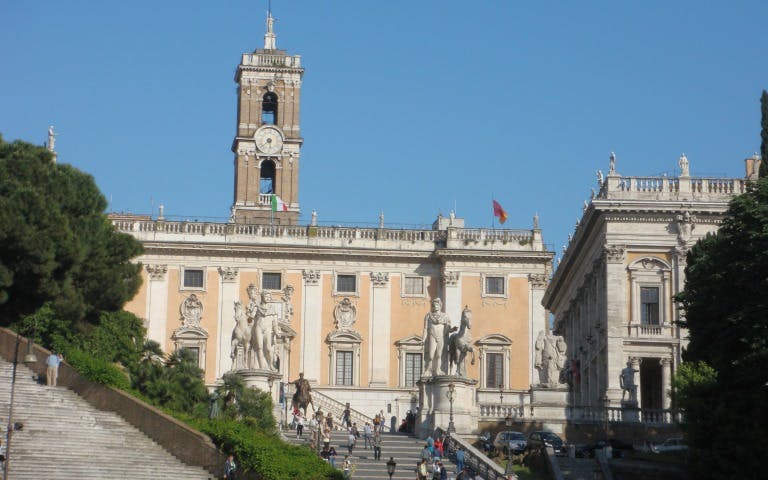 Discover the most important monuments of Rome on a comprehensive walking tour that covers the breadth of the Imperial city.

Go inside the Colosseum, built in the valley between the Palatine, Esquiline, and Caelian hills. The Colosseum is the largest of all ancient Roman amphitheaters.

Next, step into the religious and political center of the Roman Republic at the Roman Forum. Here, a guide will give a full introduction to the Tabularium, Temple of Concord, Temple of Saturn and Vesta, and Temple of Antoninus and Faustina.

Next, step inside the Pantheon, the splendid temple that honors all the Olympian gods. The breathtaking interior features the largest dome ever built in concrete, drawing your eyes to the opening at the top that was designed to allow light to fall evenly into the temple.

End by standing on the site of the Stadium of Domitian in Piazza Navona, a vast site is a great testament to the Roman Empire’s endeavors in sports and the arts.