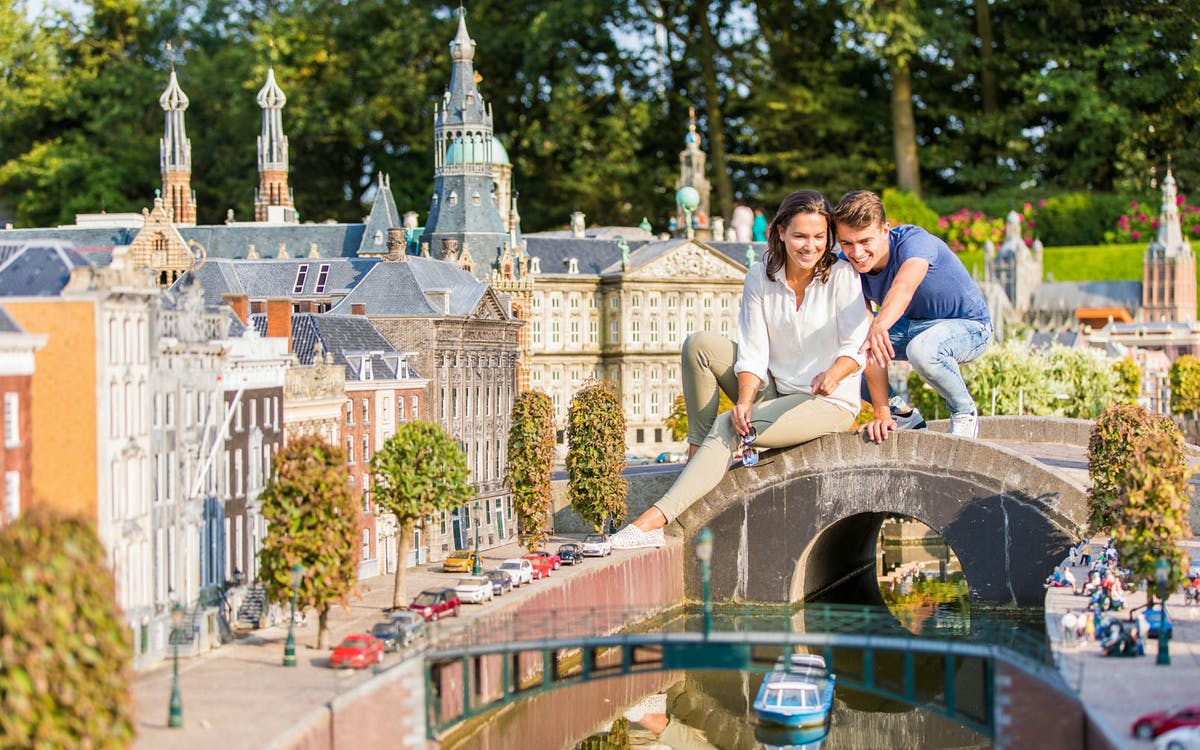 Treat yourself to an afternoon trip to the wondrous cities of Delft and The Hague, and soak in Dutch history and culture firsthand with the help of an expert guide. End your tour with a stop at the marvelous miniature city of Madurodam!

Venture beyond Amsterdam, to two of The Netherlands’ most popular cities, Delft and The Hague. Your journey begins with a bus tour from central Amsterdam, past the scenic countryside of South Holland, all the way to Delft. Known for its canals, churches and townhouses, Delft is most famous for its blue pottery. Explore the historic city, see its landmarks and visit the Royal Delft, the only remaining earthenware factory from the Golden Age before you make your way to The Hague, the seat of the Dutch government.

Explore the government buildings known as the 'Binnenhof' as you drive past them along with your guide, and admire the houses of parliament. You'll also get to see the Peace Palace on the way. Your last stop is at Madurodam, considered to be Holland’s smallest theme park. From canals, windmills to ships, admire the miniature models of popular Dutch attractions here, replicated in minute detail.