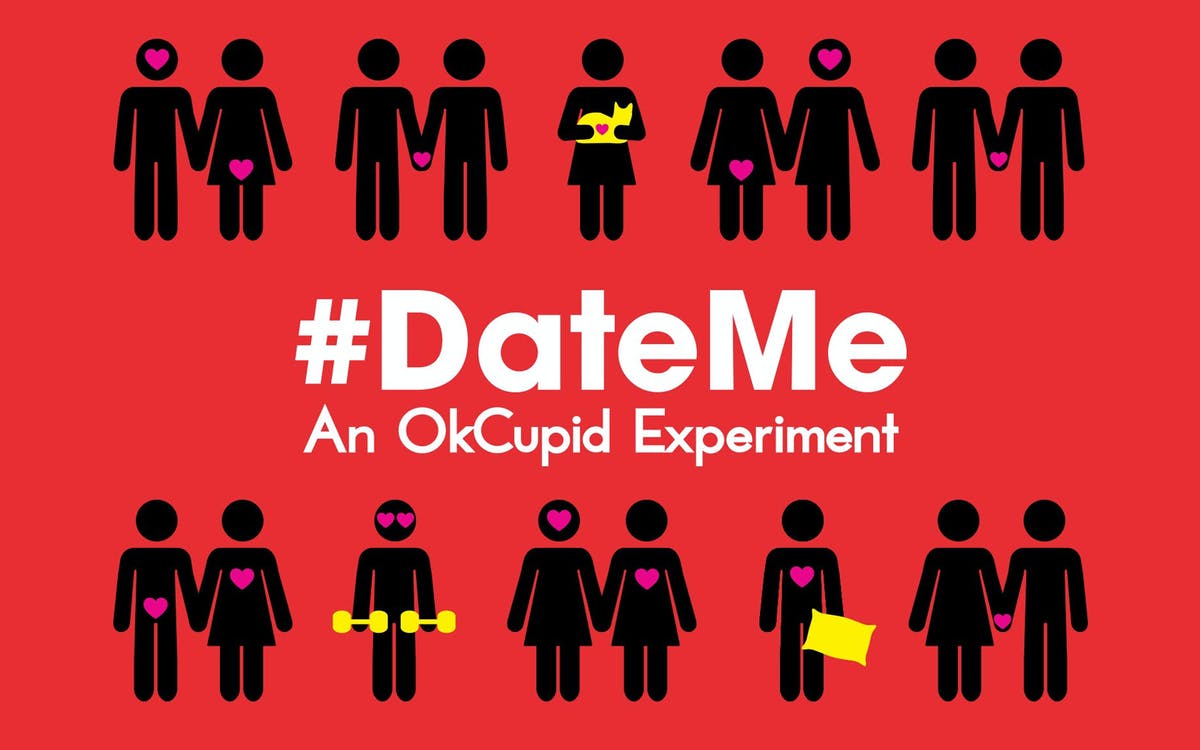 Thirty-eight fake identities infiltrate the world’s biggest online dating app. Will these eccentric and totally unreal personalities find love? Watch #DateMe An OkCupid Experiment, a show that captures a revolutionary social experiment to see if anyone is genuinely ‘undateable.’ Whether you are dating or single, this show is sure to tickle your funny bone.

The #DateMe An OkCupid Experiment is heralded as the ultimate social experiment of the current generation. The age of Tinder, OkCupid, and a multitude of online apps where a single swipe can determine your future presents a hotbed for disappointment, low self-worth, and self-esteem. Robyn Lynn Norris started this social experiment which led to the live show called ‘Undateable,’ whose success led to the creation of the Broadway production, # DateMe An OkCupid Experiment.

Robyn is an actress and producer for shows like Off the Top, Dis Raps for Hire and This Is Mark Twain @AOL.com. Her personal experiment has translated well onto the stage and is a perfect mix of musical, scripted comedy, and improv comedy. The actors do a terrific job at keeping the audience in splits and portraying multiple characters.

The #DateMe An OkCupid Experiment will strike a chord with anyone who has ever signed up on a dating app and has either managed to find love or is in the process of finding love. It is also a fantastic trip down memory lane for those who have long left the anxious days of online dating behind them. Watch #DateMe An OkCupid Experiment on Broadway for a shocking and exciting new show that blurs fact and fiction!

The #DateMe An OkCupid Experiment show is a theatrical presentation of the social experiment conducted by the writer Robyn Lynn Norris. She, along with her friend, Bob Ladewig, embarked upon a one-of-a-kind social experiment where they created 38 fake online identities on the dating app, Ok Cupid. These profiles were to be quirky and supposedly ‘undateable.’

The fake identities are crafted in a hilarious manner, so as to engage the viewers and entertain them. For instance, one of the identities is a 33-year-old male with the profile name of ‘BedTimeasaurus’. His introduction reads ‘I’m just a guy who loves his bed’. Another interesting identity is of a 32-year-old female with the profile name ‘Boobsandwangz’. Her introduction reads ‘It’s my lifelong dream to work at Hooters,’ which is oddly predictable. The quest is to see if any of these personalities were dateable, despite their odd quirks.

The experiment follows the journey of these 38 identities and their interactions with other members. These interactions are measured, tracked, and documented, and ultimately reveals surprising results. Watch #DateMe An OkCupid Experiment to find out what happens to these fake online personalities and whether they find someone who seeks them in spite of their oddball qualities.

Audience
Suitable for ages 13 and above. The show includes adult themes and language. Children under the age of 4 are not allowed inside the theatre.

Seating
The Westside Theatre Downstairs has a seating capacity of 249.

You will receive your e-ticket shortly. Your e-tickets can be exchanged for physical tickets with our uniformed Headout hosts outside the theater.

Missing any information?
Yes
No
This experience is unavailable
You'll be the first to know when these tickets are back online.
notify me
Awesome!We will notify you.
Why Headout?
Trusted platform used by 100K+ people, each month
Get the lowest prices and last minute availability
Discover and connect with 10,000+ experiences
Browse verified reviews and professional photographs
Have a question? Live chat with our experts 24/7
Other experiences similar to #DateMe: An OkCupid Experiment
Free Cancellation
Museums
Museum of Modern Art (MOMA) Tickets
Instant Confirmation
4.3
(2.1K)
$25
Free Cancellation
Museums
Direct Entry 9/11 Memorial Tickets
Instant Confirmation
4.6
(1.8K)
$30
Musicals
The Lion King
4.5
(1.1K)
from $86.50
Musicals
Company
4.5
(1.8K)
from $66.50
Musicals
Aladdin
4.5
(2.3K)
from $69
The world on your tap!Get the Headout app to get tickets on your phone and access app-only deals. Talk about win-win.
We've served 10 million+ guests and we are here for you
10 million +Happy customers across 10,000+ experiences
4.4/55,000+ verified reviews with 90% excellent score
In the MediaFeatured and recommended by the best brands
24 x 7 Help CenterHave a question? Live chat with local experts anywhere, anytime
Headout is building the future of how we experience our cities.
Made with ❤️ all over the 🌎
Headout Inc.
82 Nassau St #60351 New York, NY 10038
Cities
New YorkLas VegasRomeParisLondonDubaiBarcelona+63 more
Headout
About UsHelpCareersTravel BlogCompany BlogCreator Partnerships
Partners
Join HeadoutSupply Partner HubAffiliates
© Headout Inc
Privacy PolicyTerms of Usage