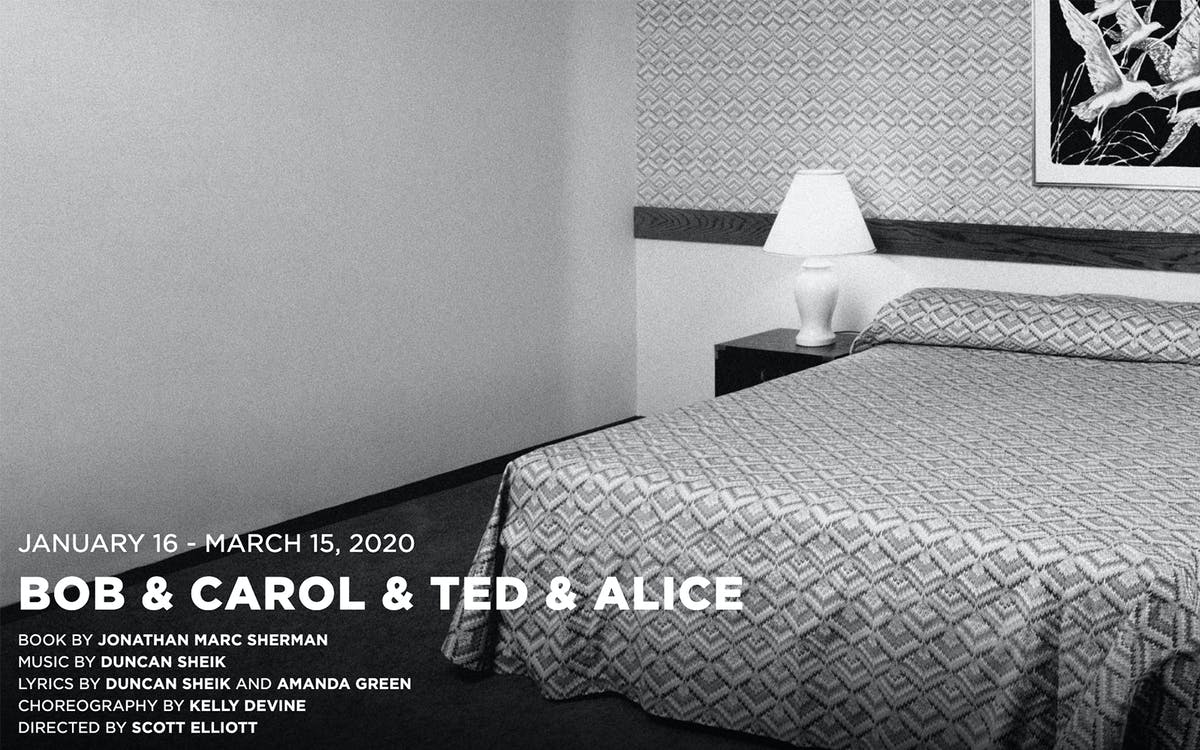 Bob and Carol Sanders return from a holiday to Los Angeles, invigorated with their new philosophy of complete openness. They share their excitement with their conservative friends, Ted and Alice Henderson, who are skeptical. Bob goes on to have an extramarital affair, and when he confesses to Carol about it, she is surprisingly very accepting. Carol gleefully announces this to Ted and Alice, who find it difficult to cope with such an idea. Is Bob and Carol’s relationship in danger owing to this new philosophy? Will Ted and Alice turn around their traditional beliefs about marriage and follow their friends?

Written by Jonathan Marc Sherman, BOB & CAROL & TED & ALICE is a play that explores two couples who decide to defy societal norms and adopt a new attitude towards marriage. Based on the 1969 comedy film of the same name which was nominated for 4 Academy Awards, the musical highlights the confusion of open relationships during the time, and also the importance of emotional commitment and marriage. Tony and Grammy Award-winning songwriter and composer Duncan Sheik is in charge of the score and lyrics, and the musical promises to be thoroughly entertaining and memorable!

Please note that the exact times of the performance may change on certain dates. Please check the specific date to know the exact timings

Audience
Recommended for ages 18 and up