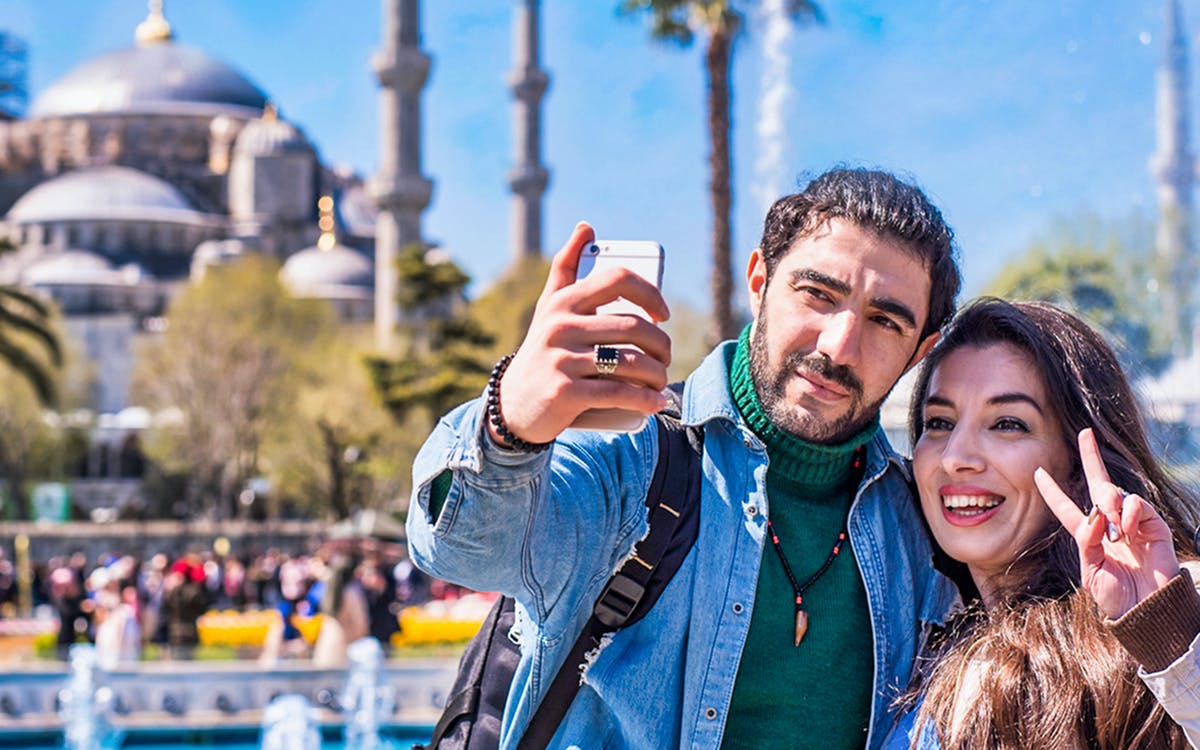 Head out on an exquisite walking tour of Istanbul’s most fascinating tourist areas and visit the magnificent Blue Mosque, the German Fountain, and the Palace of Ibrahim Pasha!

The Imperial Square of Istanbul is lined with some of the most magnificent historical monuments from both the Ottoman and Byzantine era. Your tour will begin at the Million Stone, a 4th century AD Byzantine monument that served as a zero-mile marker for inter-city distance measurements. The guide will then lead you to the German Fountain, a gazebo-styled fountain gifted to the Ottomans by German Emperor Wilhelm II, located in the northern section of Sultanahmet Square. You will also visit the Palace of Ibrahim Pasha, a sumptuous residence built in the 16th century.

Explore the expansive Hippodrome of Constantinople, which was later renamed as Sultanahmet Square, the nexus of all political and sporting activity during the Byzantine and Ottoman eras. Continue onwards to your last stop for the day, the Blue Mosque, the largest of the Ottoman mosques in Istanbul. Your guide will drop you off here and you can enter the mosque on your own. With over 200 intricately designed stained glass windows, beautiful chandeliers, and more than 20,000 handmade ceramic tiles with charming tulip designs, the interior of the Blue Mosque is truly awe-inspiring. You may stay here and explore the gorgeous courtyards and halls at your own pace.

The tour involves a significant amount of walking. You are advised to wear comfortable and light clothing that is suitable for walking in the sun.