Get Discounts On The Lehman Trilogy London Tickets!

About The Theatre
Seating Plan
The Lehman Trilogy

One man lands on the shores of America, and 150 years later, millions of people across the globe suffer the spiraling effects of the failure of his family’s legacy. The Lehman Trilogy is the saga of the Lehman family, and their financial company Lehman Brothers whose collapse led to the 2008 economic recession. The three-man play is a poignant perspective of the moments in the family’s history that led to its fated end. It goes beyond facts to give us an insight into the men who came pursuing the American Dream and its virtual demise in the hands of capitalism and corporate greed.

The Lehman Trilogy is directed by the acclaimed Sam Mendes who returns after the successful ‘King Lear’ and ‘The Ferryman.’ The original play written by Stefano Massini has been adapted to English by Ben Power. The three-act play runs for 2 hours 50 minutes that swiftly go by, thanks to the excellent acting by the only three actors in the play, Russell Beale, Adam Godley, and Ben Miles, who play the role of the Lehman Brothers and all the other characters including the women! The glass box set with video visuals provides an interesting backdrop.

The story of the financial recession of 2008 triggered by the collapse of Lehman Brothers is an oft-narrated tale. A decade later, The Lehman Trilogy, takes a look at the family that started it all. The Lehman brothers – Henry, Emanuel, and Mayer – Jews from Bavaria come to America to benefit from its golden opportunities. Indeed, benefit is what they did! They started by setting a general shop in Montgomery and further trading in coffee, railways, raw cotton and eventually in money itself.

The play begins in 2008 at the brink of the collapse of the company but takes an immediate flashback to 1844 when Henry lands in America. The story is narrated over 160 years and generations of Lehman’s including the extended family of wives and children. Everyone knows how the story the ends, but the play is about the moments of the family that created the ‘middleman’ in America and the shift to sheer capitalism and eventual decline. 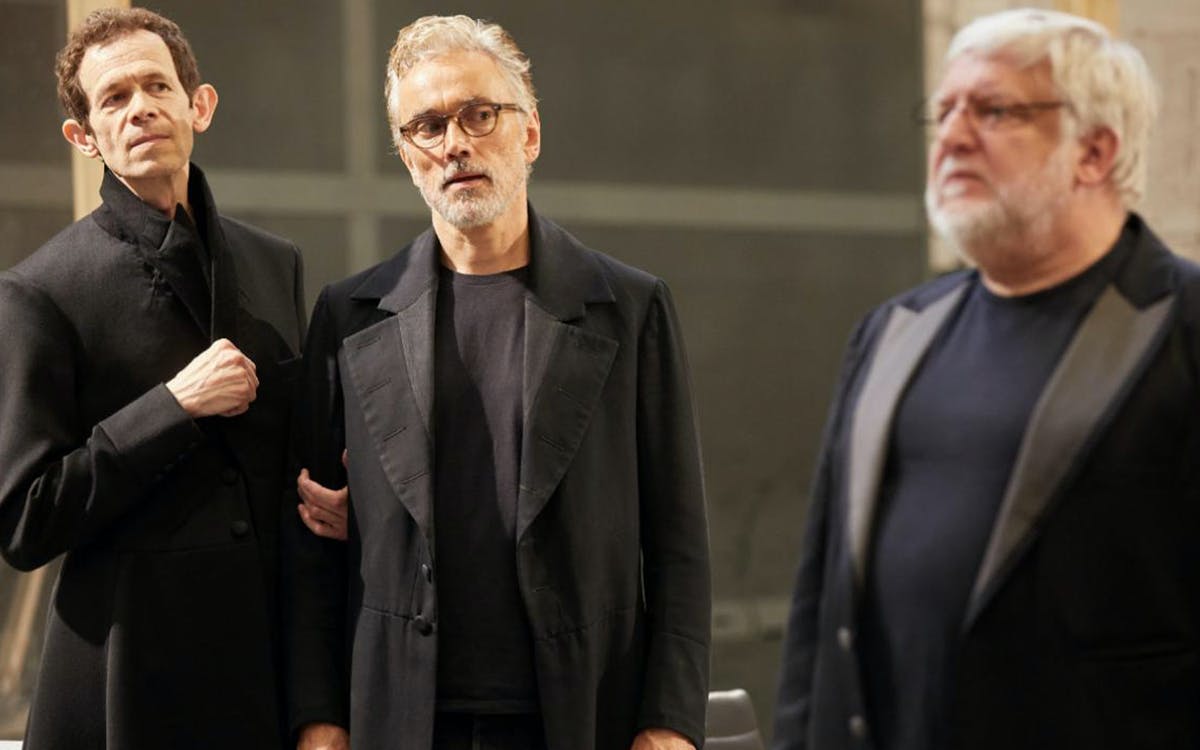 Click here to get a discount code for booking The Lehman Trilogy London tickets.

Seating
The Piccadilly Theatre has a seating capacity of 1,232.

Looking out for discount on The Lehman Trilogy Tickets London !

Have a look at the real-time seat availability and prices of different sections for The Lehman Trilogy. In the interactive seat-map, select the date that you would like to watch the show and check out the seats available for that day. You can filter the seats as per your desired price range and purchase tickets directly.

Click here to get a discount code for booking The Lehman Trilogy London tickets.

The Lehman Trilogy first premiered in London at the Lyttelton Theatre on 12th July 2018. It will perform on West End at the Piccadilly Theatre from 11th May 2019 to 3rd August 2019. The original play has been translated into 11 languages and performed all across Europe.

“It makes for a remarkable evening, which offers a kaleidoscopic social and political metaphor while reminding us that one of the reasons we go to the theatre is to watch superb acting.”
– The Guardian

“This is a powerful, thought-provoking play and Mendes has directed it with extraordinary elegance and penetration."
– Independent

Apart from getting tickets for The Lehman Trilogy online, there are other ways to obtain West End tickets for cheap, such as:

Check back once the show premieres.

Day Seats are discounted tickets that are available for purchase, and are to be used, on the same day at the theatre. Please note that the availability of tickets is based on the discretion of the Piccadilly Theatre Box Office, and may not be available for all shows.

Day Seats at Piccadilly Theatre are currently unavailable for purchase. Check again once the show opens.

Q: What time should I arrive at Piccadilly Theatre?
A: Doors open 45 minutes before show time. We recommend arriving at least 30 minutes before curtain.

Q: Is there a possibility that I will get partial view seating if I purchase discounted The Lehman Trilogy tickets?
A: When booking with Headout, you will get to select your specific seats, thus, ensuring you do not get stuck with partial view. However, if you opt to try and win lottery tickets, or purchase day seats, your seats will be allocated at the discretion of the Box Office, which can potentially mean partial view seating or split seats.