Get Discounts On A Christmas Carol With Simon Callow London Tickets!

Acclaimed English actor Simon Callow is making his triumphant return to the London stage with a production of his critically revered adaptation of Charles Dickens’ A Christmas Carol. The limited engagement is scheduled to run for a 5-week season starting from December 8th, 2018 at the Arts Theatre. This one-man performance of the classic tale is based on how Charles Dickens himself performed the story in America and the UK. A Christmas Carol and December go together like coffee on a rainy day and with a powerhouse talent like Simon Callow headlining the show, you know you’ll be experiencing something special.

An actor, an author and an equally gifted musician, Simon Callow has had a clear Charles Dickens influence on his career from the get-go. Previously, Callow performed The Mystery of Charles Dickens on both Broadway and West End and also undertook the equally renowned Dt Marigold & Mr. Chops. Apart from performing plays written by Dickens, Callow has also played the legendary author on TV’s Doctor Who. Apart from Dickens, Callow is also known for his stellar work on various stage productions including Waiting for Godot, Equus, and The Woman in White. A Christmas Carol with Simon Callow is directed by Tom Cairns who is also the set designer and to say that the two talented artists have created something spectacular wouldn’t be an understatement.

One of the revered and iconic stories in the English language, A Christmas Carol doesn’t need an introduction. A holiday staple in most homes, the story is truly a timeless tradition and this version of the story brings all that magic to you courtesy the charm and acting prowess of Simon Callow.

Join along as all your favourite characters from the story are brought to life by Simon Callow, including Tiny Tim, the ghosts of Christmas past, present, and future, Bob Cratchit, and Scrooge. The story remains the same as the ghosts take miser Scrooge to three different time periods and teach him a lesson about the power and importance of giving and generosity in the process. This quintessential Christmas tale is an outright celebration of everything that could be great with the world if the people were just a little kinder to each other. 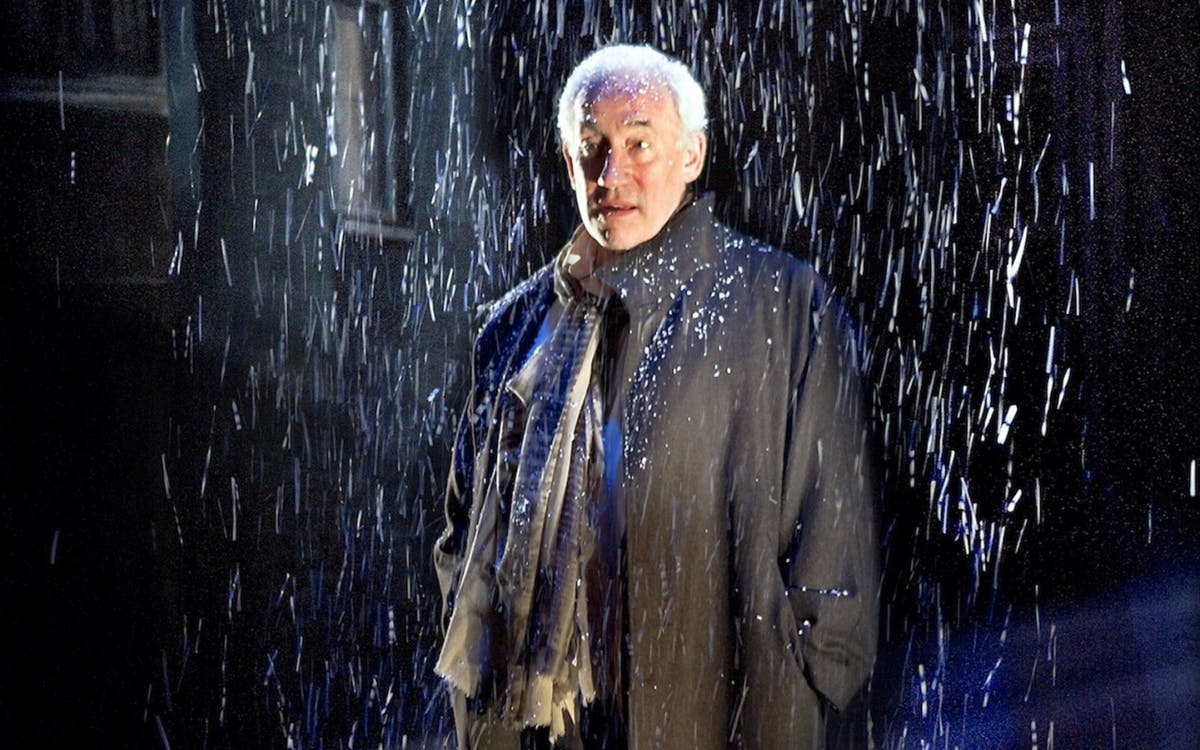 Use promo code WE10 and save £10 on A Christmas Carol With Simon Callow London tickets.

Based on
A Christmas Carol by Charles Dickens

Seating
The Arts Theatre has a seating capacity of 350.

Looking out for discount on A Christmas Carol With Simon Callow London tickets !

Have a look at the real-time seat availability and prices of different sections for A Christmas Carol With Simon Callow London. In the interactive seat-map, select the date that you would like to watch the show and check out the seats available for that day. You can filter the seats as per your desired price range and purchase tickets directly.

Use promo code WE10 and save £10 on A Christmas Carol With Simon Callow London tickets.

“The ravishing, rambunctious writing flows from Callow’s mouth. It’s like syrup; you want to scoop it up and drizzle it on something.”
– The Stage

Apart from getting tickets for A Christmas Carol With Simon Callow online, there are other ways to obtain West End tickets for cheap, such as:

Check back for more information once the show premieres.

Day Seats at Arts Theatre are currently unavailable for purchase. Check back once the show opens.

Q: Is there a possibility that I will get partial view seating if I purchase discounted A Christmas Carol With Simon Callow London tickets?
A: When booking with Headout, you will get to select your specific seats, thus, ensuring you do not get stuck with partial view. However, if you opt to try and win lottery tickets, or purchase day seats, your seats will be allocated at the discretion of the Box Office, which can potentially mean partial view seating or split seats.

Located at Great Newport Street, in Westminster, the Arts Theatre is a popular London performing arts venue. The theatre first opened on 20 April 1927 and hosted performances of unlicensed plays for its members-only club. Back in the day, Arts Theatre was a part of a small group of independent theatre companies, including the Q Theatre, the Gate Theatre, and the Hampstead Everyman.

These theatres were infamous for taking risks by producing a wide range of somewhat controversial and experimental plays that were labelled as commercially non-viable. In 2014, Louis Hartshorn took charge as the Executive Director of the Arts Theatre with long-term business partner Brian Hook joining as Producer. Presently, the theatre has expanded to an additional floor which is home to two rehearsal rooms and a 60-person studio theatre named 'Above The Arts'.