#MeToo. Hollywood gave yet another trend-worthy hashtag to the world in 2018, but it wasn’t about a movie! The grim reality of money, sex, and power controlling the show business, was revealed to the world when allegations of sexual abuse against Harvey Weinstein came flying fast. David Mamet wrote Bitter Wheat to expose the machinations of a depraved mind who wields too much power for his own good, just like the Minotaur from the Odyssey who lures young maidens to his cave. Bitter Wheat is a play that is equal parts chaotic, funny, contemplative, and momentous!

Bitter Wheat is written and directed by David Mamet, a renowned stage creative and Pulitzer-winner who is known for his firebrand works. His works include Oleanna, Glengarry Glen Ross, Speed-the-plow and Race. The play will have John Malkovich in the lead role; he is known for his roles in movies like Places in the Heart, In the Line of Fire, Warm Bodies, and Bird Box and even has two Academy-Award nominations. He is supported by a cast that includes Doon Mackichan and Ionna Kimbrook. Christopher Oram leads the play design with lighting by Neil Austin.

2018 was a game-changing year for women worldwide as it was the year the MeToo movement sparked, offering women a chance to speak out. The movement was fuelled by the actions of Harvey Weinstein who is a famous Hollywood producer. He faced several accusations of sexual harassment, and it exposed the dirty secrets of Hollywood and show business in general. Bitter Wheat is about this ugly side of the glitzy entertainment business.

John Malkovich plays Barney Fein in Bitter Wheat, a Hollywood Producer and a character based on Harvey Weinstein. His rise and fall have been compared to the Odyssey, and how money, sex, and power corrupted the best and creative minds. Watch the utter depravity and drive of the movie mogul to manipulate and twist everyone who comes in his way – starry-eyed actresses, award committees and creatives in Bitter Wheat. 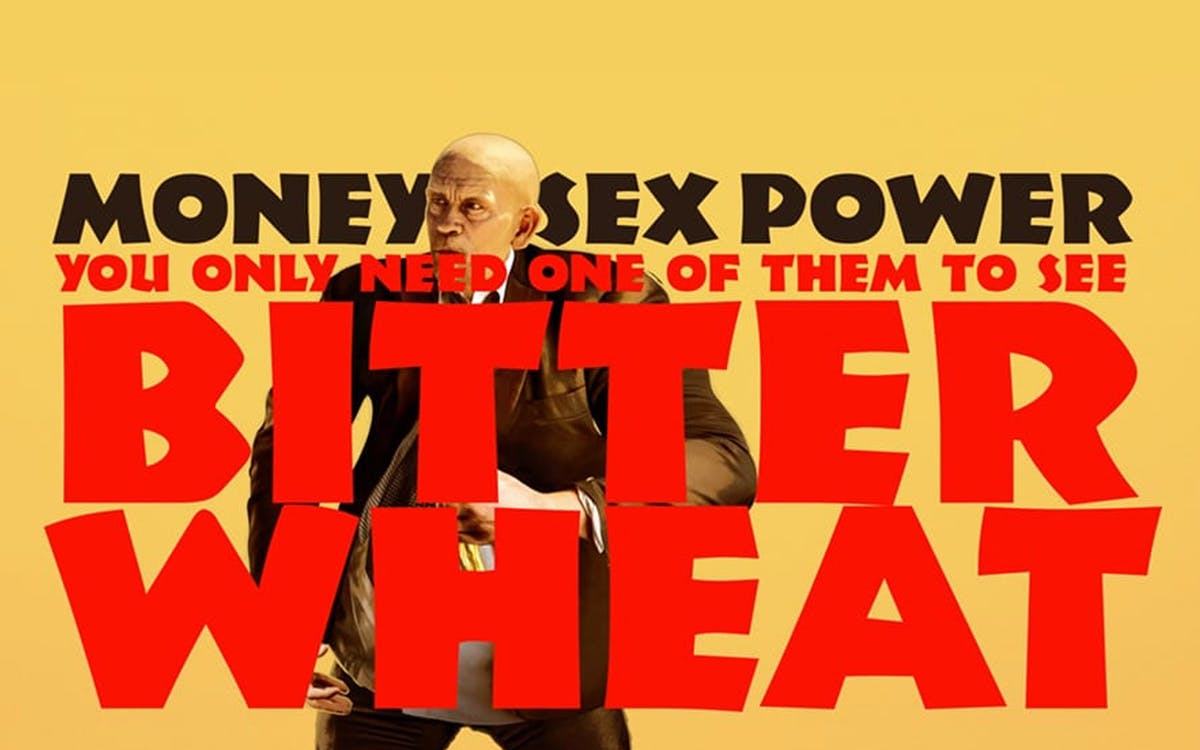 Use promo code WE10 and get a discount on Bitter Wheat Tickets London.

Duration
2 hours and 20 minutes, including one interval

Audience
This show is suitable for audiences aged 16+.

Seating
The Garrick Theatre has a seating capacity of 718.

Have a look at the real-time seat availability and prices of different sections for Bitter Wheat. In the interactive seat-map, select the date that you would like to watch the show and check out the seats available for that day. You can filter the seats as per your desired price range and purchase tickets directly.

Use promo code WE10 and get a discount on Bitter Wheat Tickets London.

Bitter Wheat is a new play and will premiere at West End at the Garrick Theatre on 7th June 2019. It will run only for a limited time until 21st September 2019.

Reviews are currently unavailable as it's a new show. Check once the show has premiered.

Apart from getting tickets for Bitter Wheat online, there are other ways to obtain West End tickets for cheap, such as:

Day Seats are discounted tickets that are available for purchase, and are to be used, on the same day at the theatre. Please note that the availability of tickets is based on the discretion of the Garrick Theatre Box Office, and may not be available for all shows.

Day Seats at Garrick Theatre are currently unavailable for purchase.

Q: What time should I arrive at Garrick Theatre?
A: Doors open 45 minutes before show time. We recommend arriving at least 30 minutes before curtain.

Q: Is there a possibility that I will get partial view seating if I purchase discounted Bitter Wheat London tickets?
A: When booking with Headout, you will get to select your specific seats, thus, ensuring you do not get stuck with partial view. However, if you opt to try and win lottery tickets, or purchase day seats, your seats will be allocated at the discretion of the Box Office, which can potentially mean partial view seating or split seats.