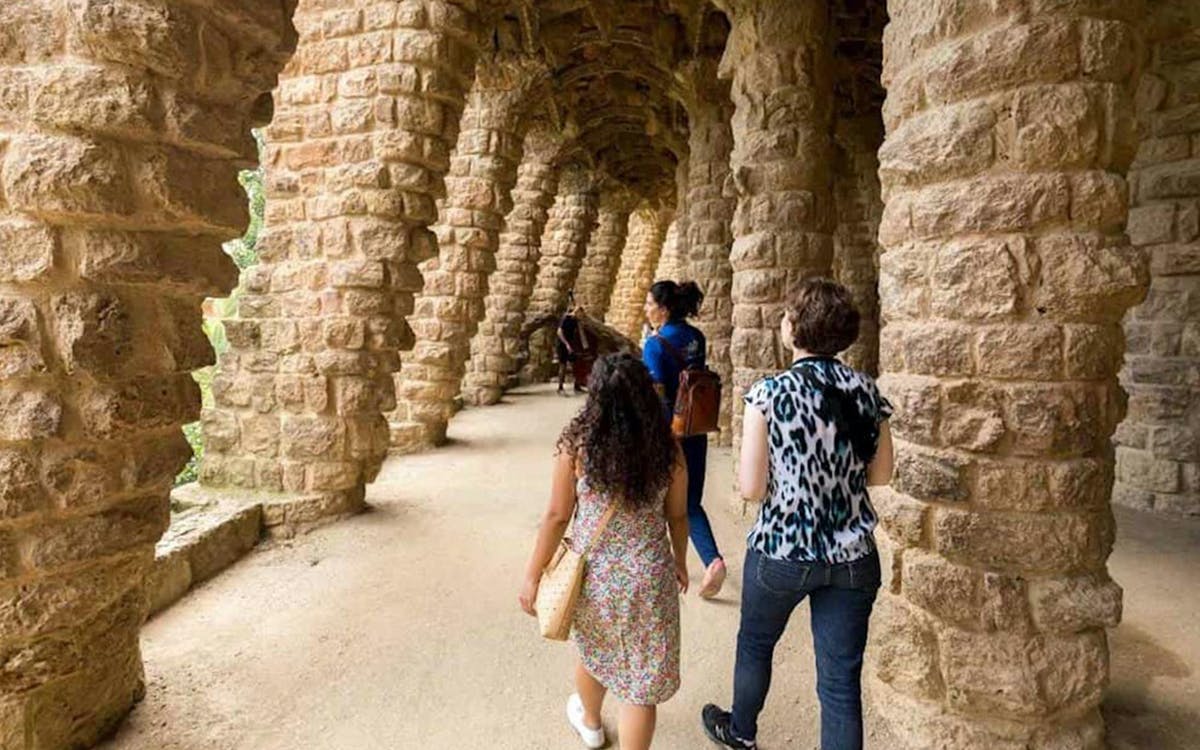 With skip-the-line entry, spend more time admiring the famed artworks, such as the Serpentine Bench and ‘El Drac’. After your comprehensive tour, you are free to stay in the park to explore this eccentric wonderland at your own pace!

Visit the wondrous Park Güell without wasting time standing in ticket lines. Travel in style on private, air-conditioned coaches to and from the attraction and explore the artistic creations of Antoni Gaudi in a detailed fashion. With cozy groups of no more than 25 people, get an intimate tour of this architectural sensation.

Starting your tour at a convenient location close to the Sagrada Familia Basilica, hop aboard your private coach and make your way to Park Güell. Take in the views on your way to the park and pay attention as your tour guide fills you in on stories about Park Güell and its history. Originally meant to be a gated community for the wealthy inhabitants of Barcelona, Park Güell was commissioned to Antoni Gaudi in the early 20th century. Gaudi being the architectural genius that he was, designed the park and residential community with expert creativity. The original plan did not stick with the Barcelonians, and this masterpiece turned into a marvel for the public.

Skip The Line Into The Monumental Zone

If you choose to take in some stunning sights along the way, include the sightseeing bus tour to your itinerary. Drive along the Passeig de Gràcia, an elegant avenue built by wealthy Barcelonians. The architectural details really stand out at this avenue, including modernist lamp posts and Gaudi’s remarkable tiles for the pavement.

Check out Casa Batlló, considered Gaudi’s artistic legend. From the grand façade that mirrors a peaceful sea, to the bloody battle between the dragon and Saint George, Casa Batlló is sure to impress. Yet another artistic marvel by Gaudi at The Passeig de Gràcia is La Pedrera. This majestic façade with its remarkable balconies and odd-looking chimneys will definitely grab your attention. Keep in mind that you won’t be getting off the bus for this sightseeing tour, it is merely a drive-by.

Please note that this tour lasts about 1.5 hours

Reduced prices are available as per slot and time of experience chosen. Please check the booking page for further information.